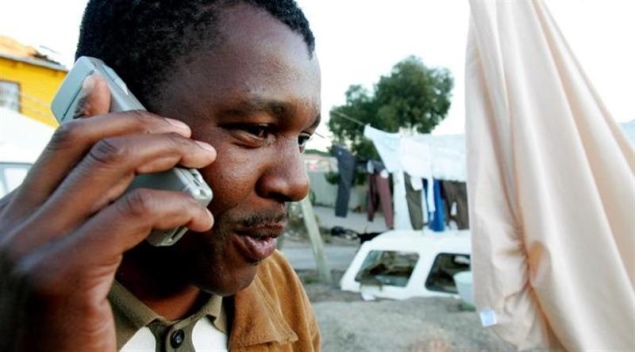 African smartphone users will soon have an alternative means to get round the power shortages afflicting much of the world's poorest continent - a portable charger that relies on hydrogen fuel cells.

British company Intelligent Energy plans to roll out 1 million of the new chargers in mid-December, mainly in Nigeria and South Africa, after successfully testing them in Nigeria over the last five months, its consumer electronics managing director, Amar Samra, said.

"In emerging markets where the grids are not reliable and people are using (mobile phones) as a primary device, it is mission critical; if you're out, you're out," Samra said on the sidelines of a telecoms conference in Cape Town.

The chargers are designed to back up the spread of smartphones and tablets across countries where cellphones have already helped to transform lives and businesses.

Industry body GSMA, which represents about 800 of the world's mobile operators, said in its latest report that smartphones were key to boosting mobile Internet access in sub-Saharan Africa where current penetration of 4 percent of the population lags the global average of 17 percent.

Ericsson predicts that smartphone traffic in Africa will increase tenfold between 2013 and 2019, when around 476 million devices will be in use.

"Alternative sources of power are very important, because smartphones and other devices need lots of power and you need to charge up every four hours, so for a businessman it is crucial," said Melvin Angula, an engineer attending the conference.

The hydrogen chargers, which fit easily into a handbag, consist of a fuel cell and a non-disposable cartridge that can be detached when exhausted.

Samra said consumers could expect to pay less than $5 dollars to "refuel" a cartridge of the charger.

This would translate to a cost of less than $1 to charge a phone, he said, adding that final costs would ultimately depend on how telecoms companies marketed and sold the product.

Samra said that if bought over the counter, the entire device will cost under $200, although options being considered include $10 a month for a two-year contract or getting it for free.

"We always have problems with cell batteries, so everybody will be keen for portable energy. But, it has to be the right price for it to fly in our markets," said businessman Thabo Magagula, who also attended the conference.

Other companies, such as Dubai-based developer Solarway, have launched solar powered kiosks designed for communities that are not linked to a power grid, each capable of charging up to 40 cell phones a day.