All customers who pre-order get free Huawei Sport BT headphones and a 15,600mAh powerbank both worth Rs. 4,598. 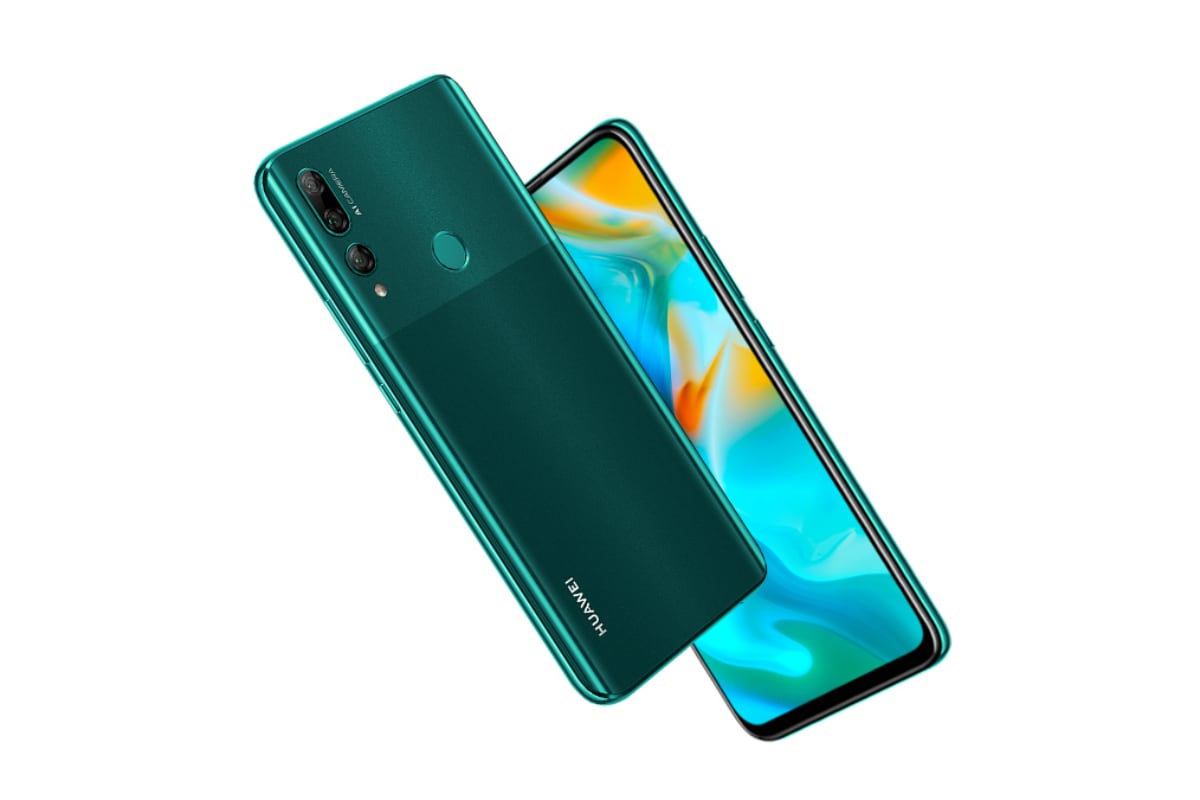 Huawei Y9 Prime 2019 is now available for pre-bookings in India. The phone is up for pre-bookings on Croma, Poorvika, and other major retail outlets. Customers who pre-book will get Huawei Sport BT headphones and a 15,600mAh powerbank both worth Rs. 4,598. The Huawei Y9 Prime 2019 was unveiled globally back in May, and has launched in India in a lone 128GB storage option. Key features include pop-up selfie camera setup, 4,000mAh battery, Kirin 710 SoC, a triple rear camera setup, and rear fingerprint sensor.

Huawei Y9 Prime 2019 is priced in India at Rs. 15,990 for the lone 128GB storage variant. Pre-bookings have started from today in major offline stores like Croma and Poorvika across India. The phone will be available for purchase in Emerald Green and Sapphire Blue colour options. Pre-booking incentives include free Huawei Sport BT headphones and a 15,600mAh powerbank, both worth Rs. 4,598.

As for online sale, Amazon.in will start selling the Huawei Y9 Prime 2019 from 12pm (noon) IST on August 7, exclusively for Prime members, while regular customers would be able to purchase the phone from the online marketplace starting 12pm (noon) IST on August 8. The e-commerce site will list launch offers like instant cashback worth Rs. 500 through Amazon Pay and instant discount of 10 percent specifically for SBI cardholders. There will also be an additional exchange discount of up to Rs. 1,500 and no-cost EMI options for six months.

For photos and videos, the Huawei Y9 Prime 2019 has the triple rear camera setup that houses a 16-megapixel primary sensor, 8-megapixel secondary sensor with an ultra-wide-angle lens, and a 2-megapixel tertiary sensor. There is also a 16-megapixel selfie camera that is available as a part of the pop-up module.