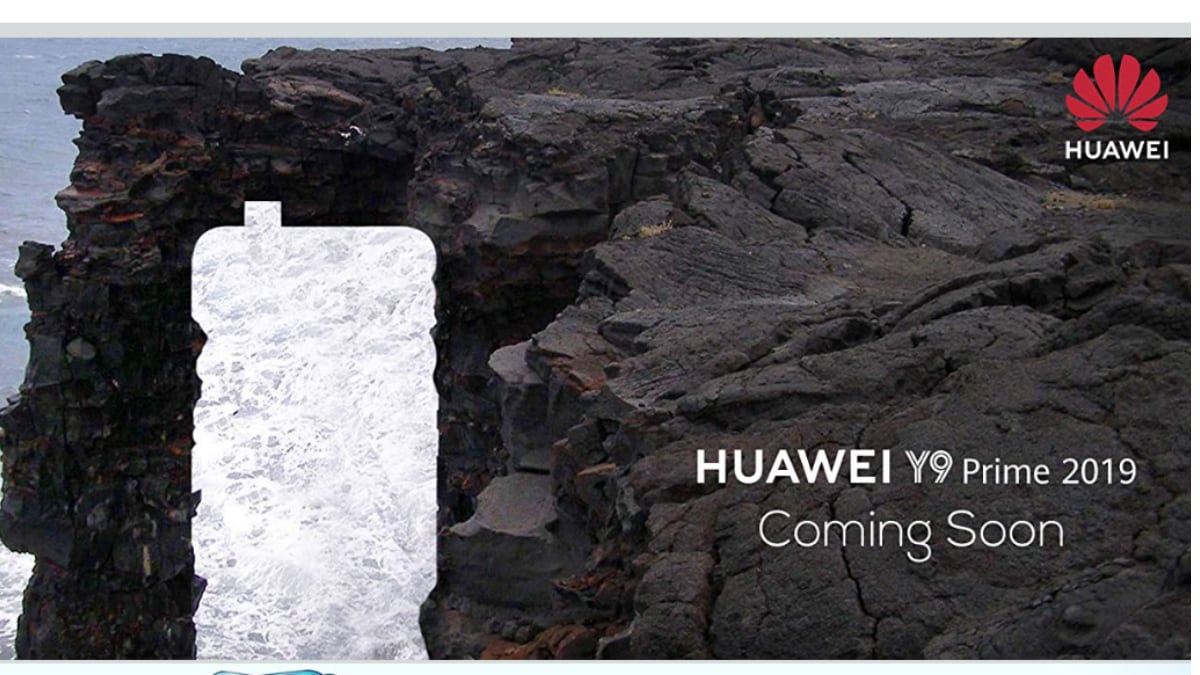 Huawei Y9 Prime 2019 was originally unveiled in May

Huawei Y9 Prime 2019 is all set to launch in India soon. Amazon India has started teasing the arrival of the new phone, confirming that the phone will be sold on the e-commerce website whenever it launches. Huawei had first launched the phone in May revealing its design and specifications. The phone has a pop-up selfie camera setup that has been teased on Amazon India as well. It is also equipped with a triple rear camera setup at the back as well as a rear fingerprint sensor.

The Huawei Y9 Prime 2019 is Amazon teaser poster reads ‘coming soon'. We weren't able to spot the teaser on the website, but the app teaser suggests that the phone will be available on the e-commerce site.

Globally, the phone was launched in three colour options - Midnight Black, Emerald Green, and Sapphire Blue – and it is likely to arrive in the same colour options in India as well.