Huawei Y9 (2019) India Launch Set for January 7, Will Be Exclusive to Amazon 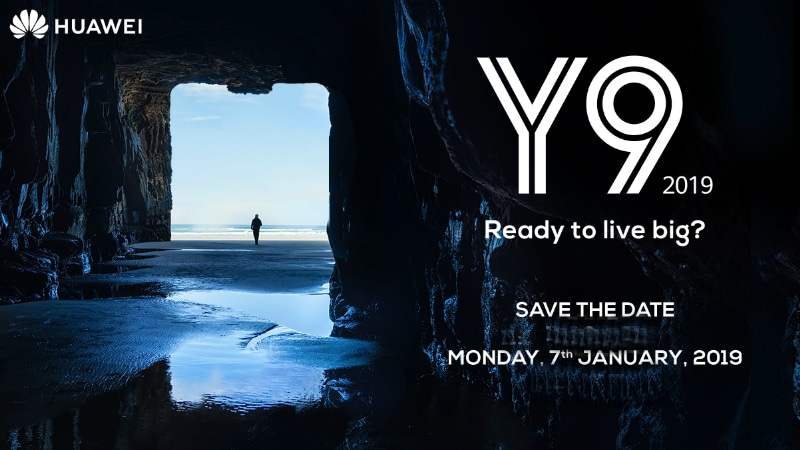 The media invite confirms that the Huawei Y9 (2019) will launch in India on January 7 at an event in New Delhi. The smartphone's pricing and availability will be announced at the event itself. The smartphone is already being teased on Amazon India, and will be exclusively available on the e-commerce site. Amazon is taking registrations for notification on when the smartphone becomes available to buy.

As the smartphone was announced in October, we know the design and specifications of the Huawei Y9 (2019) already. The smartphone sports a display notch up front to house two front camera sensors, and there's little to no bezel on all the other sides. The back houses the dual camera setup again aligned vertically, a rear fingerprint scanner, and is seen sporting gradient finished rear panel. Notably, the Huawei Y9 (2019) price in India is not yet known, and nor are any expected figures available at the moment.

The Huawei Y9 (2019) comes with Fingerprint 4.0 identification technology that is claimed to unlock the smartphone in 0.3 seconds. The upgraded fingerprint technology also includes fingerprint navigation that enables users to manage all the notifications with one key. It packs a 4,000mAh battery, and connectivity options include Bluetooth, Micro USB, Wi-Fi Direct, Wi-Fi Hot Spot, and GPS / AGPS / Glonass. Sensors on board include fingerprint sensor, proximity sensor, ambient light sensor, digital compass, gravity sensor, and gyroscope.