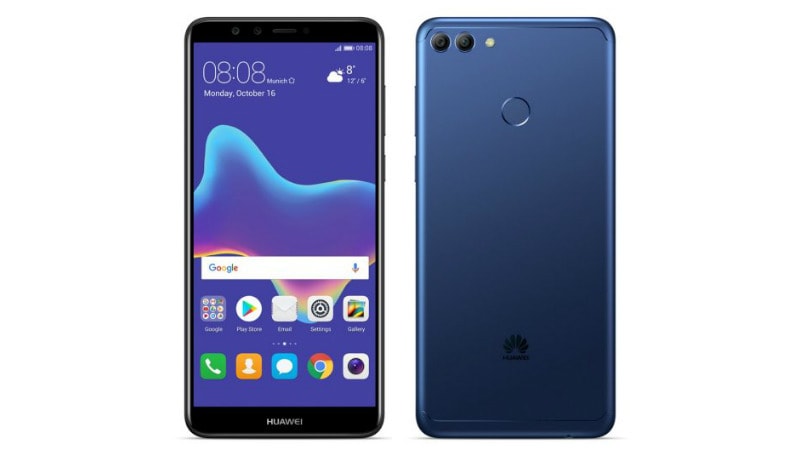 Huawei Y9 (2018) has been launched in Thailand. The new smartphone has internals identical to the previously launched Huawei Mate 10 Lite and Honor 9i. Its price and availability details are yet to be revealed. However, there is speculation that the new Huawei handset will hit stores at about EUR 200 (approximately Rs. 16,000).

The dual-SIM Huawei Y9 (2018) runs Android 8.0 Oreo-based EMUI 8.0 and features a 5.93-inch FullView display with full-HD+ (1080x2160 pixels) resolution and 18:9 aspect ratio. Under the hood, there is a Kirin 659 SoC along with eight processing cores at a clock-speed of 2.3GHz, paired with 3GB of RAM. The SoC was previously powering handsets such as Huawei Mate 10 Lite and Honor 9 Lite. Further, the smartphone has dual camera setups on the front and back. The back camera setup includes a 13-megapixel primary image sensor and a 2-megapixel secondary sensor - accompanied with an LED flash, while the front panel has a 16-megapixel primary sensor and a 2-megapixel secondary sensor.

Huawei has provided 32GB of onboard storage that is expandable via microSD card (up to 256GB). The smartphone has regular connectivity options such as Wi-Fi and Bluetooth. Also, it packs a 4000mAh battery. The handset comes in Black, Blue, and Gold colour options and includes a rear-facing fingerprint sensor. Besides, it weighs 170 grams and comes with 7.9mm of thickness.

The Thailand launch of the Huawei Y9 (2018) was first reported by Winfuture.de, which also added the EUR 200 price speculation.

It is unclear whether the Huawei Y9 (2018) will debut in markets other than Thailand. Having said that, the smartphone has a compelling list of specifications to take on major offerings by companies such as Oppo, Vivo, and Xiaomi.