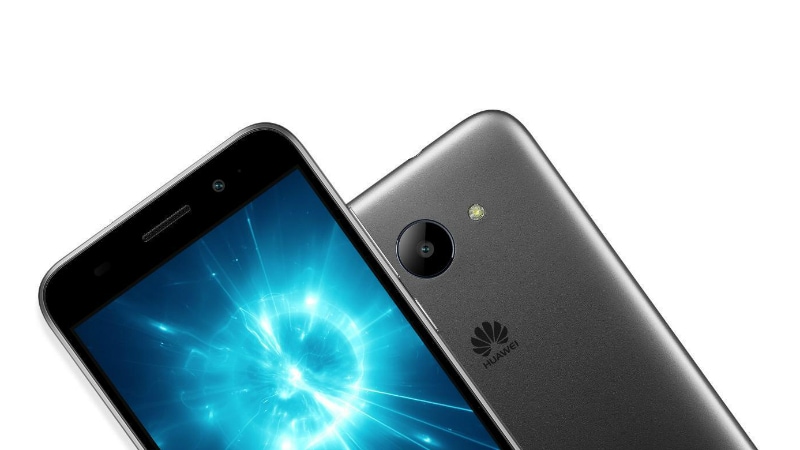 After confirming the impending launch of a Huawei smartphone based on Android Oreo (Go edition) recently, the Chinese phone giant has gone ahead and listed its upcoming Huawei Y3 (2018) on its Ghanian website with a list of specifications and features, and official images. Pricing and availability details for any market haven't been revealed yet. The phone will be made available in White, Grey, and Gold colour variants.

The Huawei Y3 (2018) runs Android 8.1 Oreo (Go edition) out-of-the-box, and sports a 5-inch FWVGA (480x854 pixels) display. The phone is powered by a MediaTek MT6737M SoC, coupled with 1GB of RAM and 8GB of inbuilt storage. The software it runs has specifically been made for budget phones with low RAM and storage.

In terms of optics, the Y3 (2018) bears a single 8-megapixel rear camera with autofocus, f/2.0 aperture, and LED flash. On the front, the handset gets a 2-megapixel fixed-focus sensor for selfies and video calling. There is a 2280mAh battery powering the internals from under the hood.

In other Android Go news, Asus' first Android Oreo (Go edition) based smartphone was recently announced in Indonesia. The first Android Go phone to sport an 18:9 display, the Asus ZenFone Live L1 comes with features such as Face Unlock and triple SIM slot/ microSD card tray. The handset has been priced at IDR 1.5 million (roughly Rs. 7,200) in Indonesia.

Xiaomi Poised to Become a Billionaire Factory With Listing
Nier: Automata Xbox One Release Date to Be Revealed Soon: Report