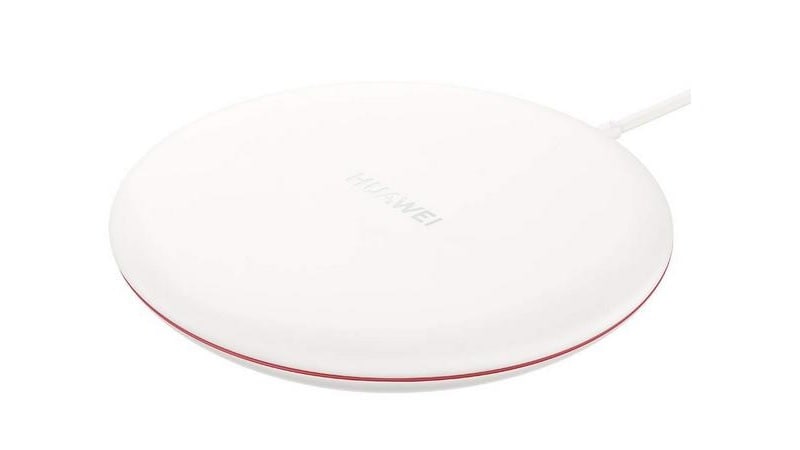 Huawei on Wednesday announced the availability of its wireless charger in India, the Huawei Wireless Charger, on Amazon.in for Rs. 3,999.

With WPC Qi standard authentication, the wireless charger is compatible with smartphones with integrated Qi functionality and devices equipped with a Qi-receiving battery case, the company said in a statement. The charger comes with a foreign object detection, which allows it to automatically switch off when it detects keys or metal objects, within a safe temperature to avoid overheating.

The Huawei Wireless Charger provides multi-layer safety protection to enable a reliable charging experience, the company claimed. It comes with a soft unibody silicon surface, which protects the phone and prevents it from falling, said the statement.

The 15W wireless charger also charges through 5mm or thinner non-metal phone cases directly, without having the need to remove the phones' cases, the company added. The charger also comes with a built-in chip that can adjust the output power automatically according to the ambient temperature and real-time battery percentage.

The Huawei Wireless Charger was first unveiled alongside the Huawei Mate 20, Mate 20 Pro, and Mate 20 X in London last year. The Huawei Mate 20 Pro also offered reverse wireless charging, which allows it to wireless charge another Qi-compatible device when it's rested on its back panel. To recall, at the launch event, Huawei also introduced its new 40W SuperCharge wired fast charging technology.