Huawei Says Will Launch Harmony OS on Smartphones Next Year

Richard Yu, CEO of Huawei's Consumer Business, made the comments at the company's annual developers conference in the southern Chinese city of Dongguan. 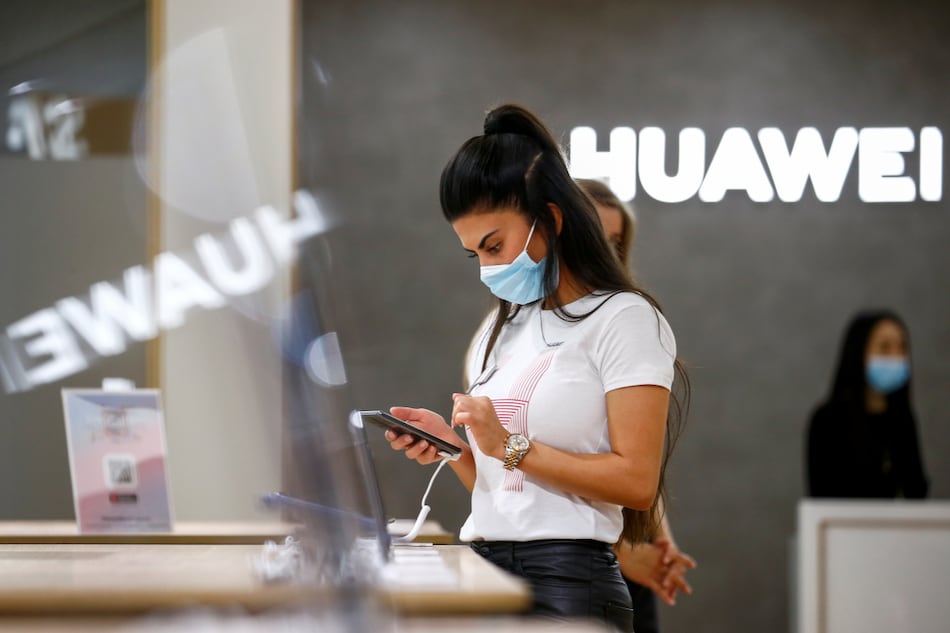 Chinese telecom giant Huawei on Thursday said its nascent homegrown operating system could be available on smartphones early next year, as it pushes to build an alternative app ecosystem after the US barred it from using Google's Android.

The source code for HarmonyOS will be made available beginning in December to software developers who create apps for smartphones, said Yu Chengdong, CEO of Huawei's consumer products division.

HarmonyOS is so far used only with certain products including smart TVs, in-car entertainment systems and wearable devices, not the company's smartphones.

Huawei is the number-two smartphone producer in the world after Samsung, but tech market analysis firm Canalys said Huawei surpassed the South Korean company in the virus-affected second quarter.

Huawei is facing an intense campaign by the United States to isolate the firm, saying it poses a cybersecurity threat. Both Huawei and China's government deny the accusation.

The US has been pushing allies to shun products made by Huawei, which is also the global market leader for 5G and other telecom-network equipment.

The Trump administration has essentially barred Huawei from the US market and introduced a series of steadily escalating moves to cut off its access to the computer chips and other technology the company needs to survive.

Huawei's announcement on HarmonyOS was made at an annual software developers conference that it organises at its headquarters in the southern Chinese city of Shenzhen.

The move indicates Huawei intends to push ahead with plans to create its own ecosystem, a challenge analysts say is daunting in a world dominated by Android and Apple's iOS.

Yu, however, expressed hope that China's huge smartphone market, the world's largest, could remain a safe space and a platform for drawing global users to HarmonyOS.

"We are dedicated to introducing Chinese developers' work to global consumers, hoping to see more TikToks in the future," said Yu, a reference to the wildly popular Chinese-owned short-form video app that also is now in Trump's crosshairs.

"We would like to be the bridge in between," he said.