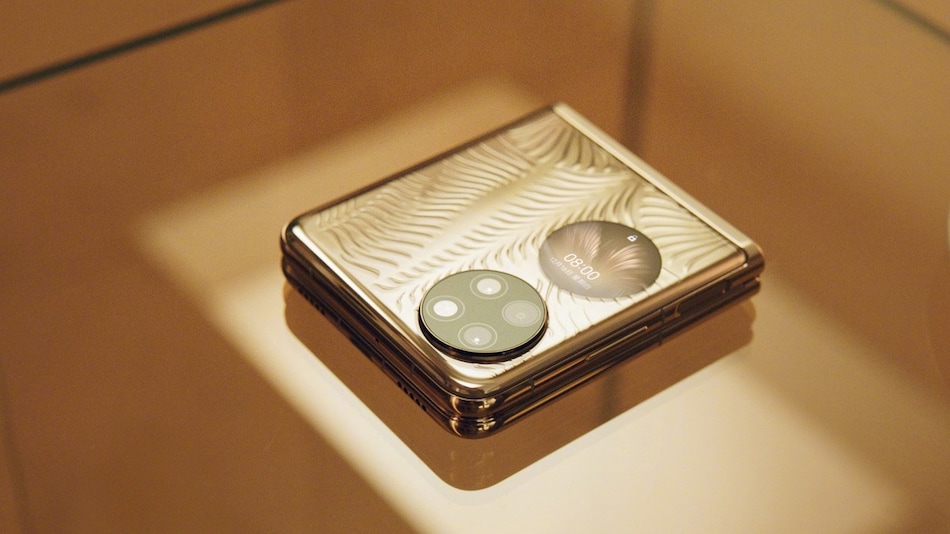 Huawei P50 Pocket will release in China on Thursday. Fresh teasers from the Chinese tech giant show the design and colour options of the foldable smartphone. Huawei P50 Pocket's teaser images show it will get a triple rear camera setup with an LED flash. The design of the camera module is similar to the Huawei P50 series but one of the circles is shown to house a secondary display. A previous report mentions that Huawei P50 Pocket may be powered by either a Kirin 9000 or a Snapdragon 888 SoC.

The rest of the teaser images shared by Huawei show the smartphone in a White colour option with a silver frame and a diamond pattern. These teaser images only partially show the foldable smartphone. However, one of the images shows that Huawei P50 Pocket will get a power button with an embedded fingerprint scanner and volume rocker on the right spine. The same image also mentions the words "winter solstice" and it is being speculated to be the marketing moniker of the White colour option for the smartphone. One of the images shows the smartphone will get a SIM-tray on the left spine.

Huawei P50 Pocket was also shown off in a post on Weibo by fashion magazine Harper's Bazaar. The post shows the upcoming smartphone from various angles, providing a clear picture of how the clamshell foldable smartphone's outer cover will look like. Huawei P50 Pocket is shown in a Gold colour option and one of the images shows the smartphone will get a USB Type-C port and two speaker grilles at the bottom. A 3.5mm headphone jack is not visible in the marketing images and perhaps will not feature on the new foldable smartphone.