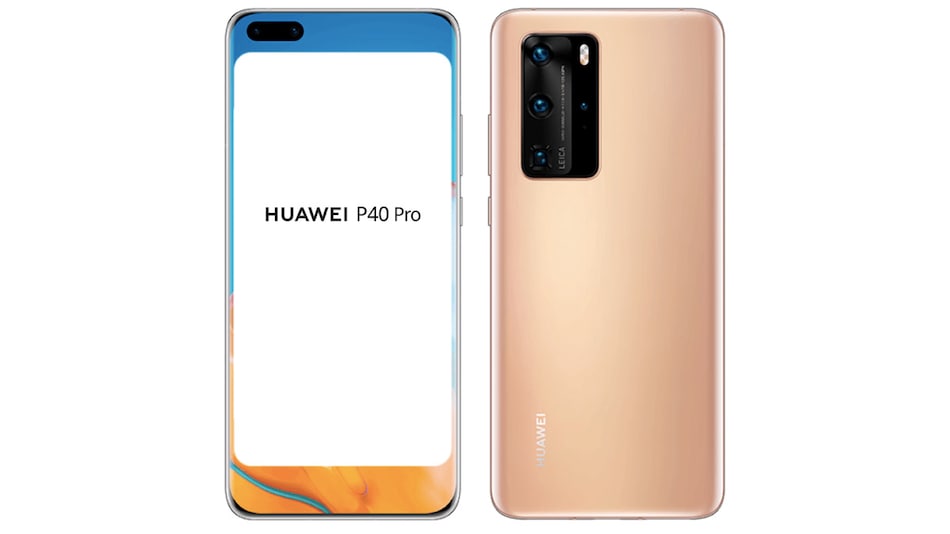 In about six days, Huawei will officially announce its photography-centric smartphones, the Huawei P40 and Huawei P40 Pro. However, where there's a launch, there are always leaks leading up to it. The latest set of renders comes from tipster Ishan Agarwal, showing the front and back of both phones in great detail. It also shows the new colours, phones will come in. The Huawei P40 seems to have a total of five cameras, while the P40 Pro is shown to have a total of six cameras. The Pro model is also shown to have much slimmer bezels, which look almost photoshopped in the leaked renders.

Agarwal claims that images of the Huawei P40 Pro are official renders, in his tweet. The three colours shown off are gold, silver and black but he says there will be more. If true, then the P40 Pro will be a stunner to look at, especially with its barely visible side bezels. Only a sliver of the bezels round the four corners is visible, but other than that, it appears as though the display will curve along the sides of the frame. The render shows a pretty long, pill-shaped cutout for the selfie cameras but interestingly, there seems to be a gap between the two front sensors. Perhaps, Huawei is using a 3D depth camera for a more secure face authentication. Among the four sensors at the back, the last, square-shaped sensor definitely looks like the telephoto camera.

He also tweeted photos of the Huawei P40, in the same three colours. However, display has visible bezels all around, which means it probably won't wrap around the sides like the P40 Pro. This model also has a pill-shaped cutout but it's not as elongated as the one in the P40 Pro. The standard version also gets just three rear cameras and from the renders, it doesn't seem as though it would be getting the fancy telephoto camera from the P40 Pro.