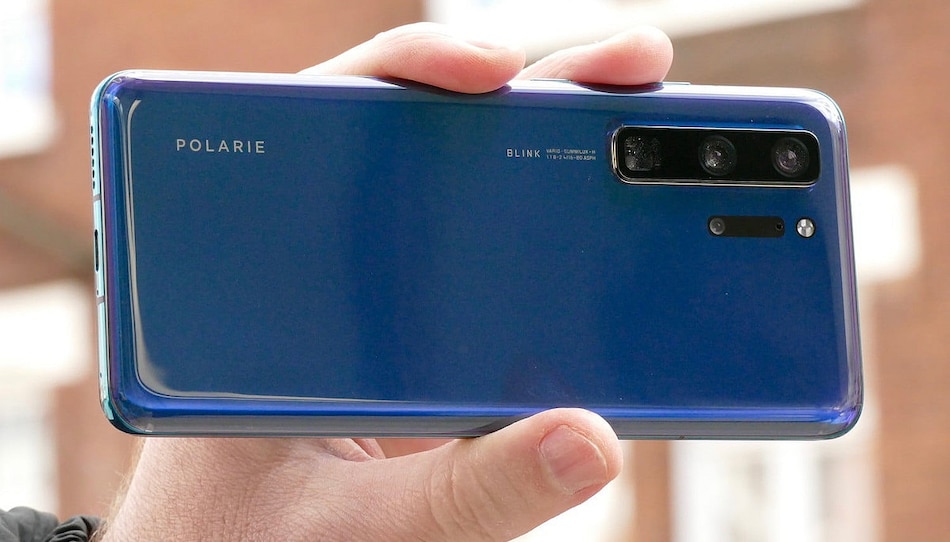 Digital Trends claims to have gotten its hands on what could be the Huawei P40, but says since it was an early prototype, it was not able to photograph the screen, use the software, or try out the camera. The report says that it was not final product and could be changed between now and the launch. The overall look and feel of the phone, however, was that of a final product according to the publication. It is not known which of the Huawei P40 series' phones it was, but it is speculated to be the Huawei P40 as the camera module seen on previous Huawei P40 Pro leaks seems larger, if they prove to be accurate.

Photos procured by the publication show a glass body with blue finish and a thicker frame, indicating at a huge battery. However, the report said that this unit might have a bigger battery than the Huawei P30 Pro's 4,200mAh and the Huawei Mate 30 Pro's 4,500mAh battery. It, however, said that the thickness does not translate into weight as the phone feels lightweight. The blue finish on what seems to be the Huawei P40, is not shiny and there is some amount of depth in the colour on the back panel.

Images of the Huawei P40 as obtained by the publication also show a triple camera setup on the back, as has been reported earlier. However, this one also seems to have Huawei's periscope zoom, which can be hinted at from the rather square-shaped lens on the bottom of the camera module.

A TENAA listing thought to be of the Huawei P40 had also surfaced last month, but it did not reveal much except that the phone will come with 5G-capability and dual-SIM card slots. The listing of Huawei P40 smartphone tipped it would run on Android, however, nothing could be said about the availability of Google Mobile Services on the Huawei P40 or the Huawei P40 Pro. Earlier leaks have suggested that the Huawei P40 will sport a 6.57-inch full-HD+ or 2K AMOLED display with DCI-P3 and HDR support. It might also have a 6.1-inch or 6.2-inch screen. The smartphone is also said to be powered by Huawei's HiSilicon Kirin flagship processor.