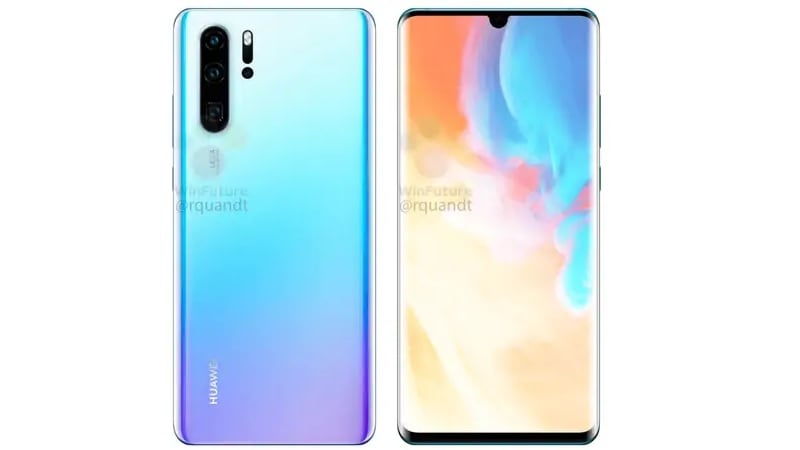 Huawei P30 Pro may be using Samsung's AMOLED display panel. Samsung has reportedly bagged the contract for supplying curved AMOLED panels for Huawei's upcoming flagship. The Chinese tech giant has said to have ditched its previous business partners – LG and BOE – in favour of Samsung to source display units for its upcoming flagship smartphone. The reason being cited for Huawei's switch to Samsung is the latter's production capability and the high quality of the panels that the South Korean company can provide for the Huawei P30 Pro. However, Huawei is yet to officially announce its partnership with Samsung over the supply of OLED panels.

The new information - which comes courtesy of a tipster on Weibo – states that Samsung will be the sole supplier of AMOLED panels for the Huawei P30 Pro. Huawei will reportedly source the curved display from Samsung on a large scale, which means the company might well ditch two of its old OLED panel suppliers, LG and BOE. The tipster also speculates that all the smartphones in Huawei's upcoming P-series and Mate-series might employ AMOLED panels in the future.

The exact reason behind the new partnership is not known, but it is believed that Huawei's business collaboration with Samsung may have something to do with the quality of the OLED panels, as the units created by the South Korean company have been regarded one of the best in the industry. For example, the Dynamic AMOLED display of the Samsung Galaxy S10 received DisplayMate's highest-ever A+ rating for quality.

It is also worth mentioning here that the OLED panels provided by LG, one of the suppliers for the Huawei Mate 20 Pro's display, were plagued by a display bleeding issue that created greenish tint at the edges. In addition to Huawei, Samsung has reportedly signed a deal with Apple as well for supplying touch-integrated flexible OLED panels for iPhones set to arrive in 2019. We will get to know more when Huawei officially lifts the covers from the P30 series at an event on March 26 in Paris.