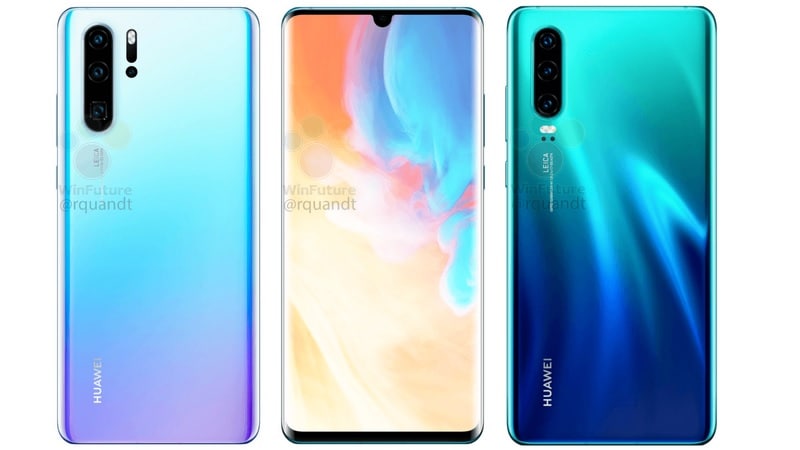 Huawei P30 series is set to launch on March 26

Huawei P30 and the P30 Pro are all set to launch on March 26 in Paris. Ahead of the launch, the company has now confirmed a few camera details on the upcoming phones. Huawei's VP of Global Product Marketing, Clement Wong says that the Huawei P30 Pro will sport a periscope-style zoom camera. While Wong didn't detail the zoom capabilities, it should be better than the predecessor P20 Pro, that came with 3X optical and up to 5X hybrid zoom capabilities. The Huawei P30 series has been rumoured to sport lossless zoom capabilities. Separately, the company released a teaser video about zoom and speaker features, while a leak detailed RAM and storage variants.

Wong confirmed the P30 Pro periscope-style camera to Android Central, while also saying that the Huawei P30 series will significantly up its game in low-light photography as well. He said that the P30 series phones will come with a next-generation night camera, which will be a 'major upgrade' to the Huawei P20 Pro that already performs great in low-light areas. OEMs have been scrambling to up their low-light photography game ever since Pixel 3's night sight mode was introduced last year, and Huawei will look to upgrade on that front too.

While Wong confirmed that the P30 will sport a periscope zoom lens, he didn't exactly go into the specifics of the zooming capabilities. It is rumoured that the P30 series will support lossless zoom, and Huawei has been teasing it as well in the past. However, Wong only points towards a recent sample photo that was posted online. The photo of the moon taken by CEO Richard Yu and its detail suggests at amplified zooming capabilities. Wong only says that the photo was taken on-device, handheld, with no additional help.

Wong also promises that the P30 Pro's camera would offer "something nobody (has done) before." This hints at mechanical zoom lens integration, but it's all speculation at this point.

A video teaser has also surfaced of the upcoming Huawei P30 series and the moon photo sample again makes an appearance in the video, teasing the upgraded zooming capabilities. The teaser also hints at speaker improvements indicating that there may be stereo speakers integrated this time around. You can watch the teaser video below:

Previous rumours suggest that the Huawei P30 and P30 Pro smartphones will sport OLED screens with a waterdrop-style notch and optical in-display fingerprint sensors. The phones will also reportedly be powered by HiSilicon Kirin 980 SoC. The Huawei P30 is said to be coming with a 6.1-inch OLED panel with 8GB of RAM, whereas the Huawei P30 Pro will feature a larger 6.5-inch display with 12GB of RAM. The Huawei P30 is said to have a maximum of 40-megapixel and support for 5x lossless zoom. At the front, it is expected to have a 24-megapixel selfie camera.