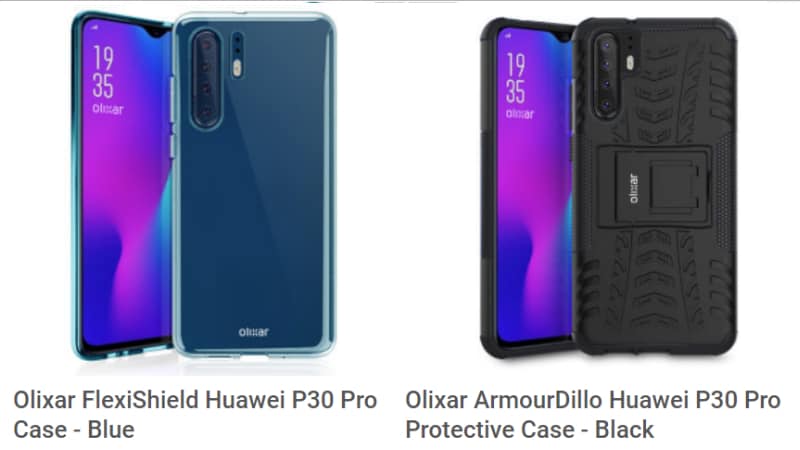 Huawei P30 Pro is expected to launch early next year

Huawei launched the P20 Pro smartphone this March, and made it available in India in April. The smartphone was announced with a triple camera setup, a 4,000mAh battery, a display notch, and the HiSilicon Kirin 970 SoC. Now, its successor the Huawei P30 Pro has been leaked in case renders and it shows a quad camera setup at the back. The smartphone is largely expected to arrive sometime in the first half of next year, and given that its predecessor was launched in March, we can expect a same timeline for the Huawei P30 Pro smartphone as well.

The Huawei P30 Pro cases by Olixar, are already up for pre-order on MobileFun site, way before the smartphone is slated for launch. Olixar claims to have details of the Huawei P30 Pro, and is confident to start taking pre-orders on the site as well. In these listings, we can see the Huawei P30 Pro sporting a waterdrop-shaped notch up front, with little to no bezel on all the other three sides of the display. This is different from the P20 Pro, given that the smartphone had a physical button at the bottom of the display, and a comparatively wider notch on the top chin as well.

The P30 Pro is also rumoured to sport a 38-megapixel Sony IMX607 sensor that will be powered by Exmor RS image processing technology. It will also reportedly use a curved OLED display panel that could be manufactured by China's BOE or South Korea's LG Display.

Samsung Galaxy S10 Family Said to Include an 'Edge' Model, Pre-Installed Screen Protectors Reported
Shemaroo Announces ShemarooMe, a Streaming Service of Its Own