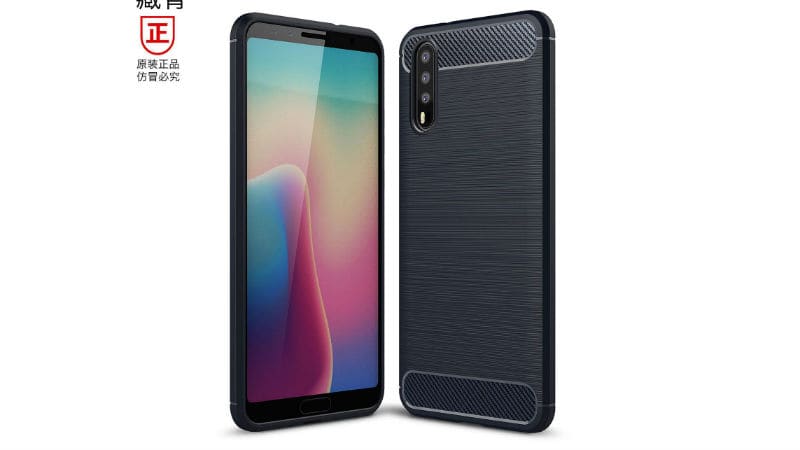 Huawei will be launching its latest lineup of smartphones next month and at least one of the models will come with three rear cameras. The Shenzen-based manufacturer will announce the successor to the P10 flagship smartphones, which is expected to be named Huawei P20, next month. Meanwhile, smartphone case makers in China have leaked images of cases allegedly made for the Huawei P20, showcasing a triple camera setup as well as an iPhone X-like notch in the front.

Huawei was expected launch its new smartphones at the Mobile World Congress (MWC) to be held at the end of this month. However, the company has reportedly sent press invites for a launch event that will take place in Paris on March 27. Reports have suggested that Huawei has been working on three new smartphones - the Huawei P20, Huawei P20 Lite, and Huawei P20 Plus - and might launch them at the event. Meanwhile, leaked images of cases of one of these smartphones, posted by SlashLeaks, suggest a vertically arranged triple rear camera setup.

The leaks revealing details about the camera is in line with some of the earlier reports. Famous tipster Evan Blass, in December 2017, had said that the next Huawei P-series is going to be an "imaging powerhouse." In his leaks, Blass claimed that the camera might feature a 40-megapixel camera with 3 rear lenses and 5x hybrid zoom. He had also added that there will be a 24-megapixel selfie camera packed in the handset. All the lens are expected to be co-developed with German camera manufacturer Leica.

The next smartphone in the Huawei P-series is also rumoured to ship with the 'Point Cloud Depth Camera' which is similar to Apple's 'TrueDepth Camera' used in the face ID feature. Huawei had first revealed the details of its upcoming Face ID rival at the launch of the Mate 10 in 2017. Thanks to this technology, the Huawei P20 may come with a notch at the top bezel similar to the iPhone X.

It should be noted that as Huawei has not announced the smartphones officially, we should take these speculations with a pinch of salt, and wait for the event scheduled for next month.