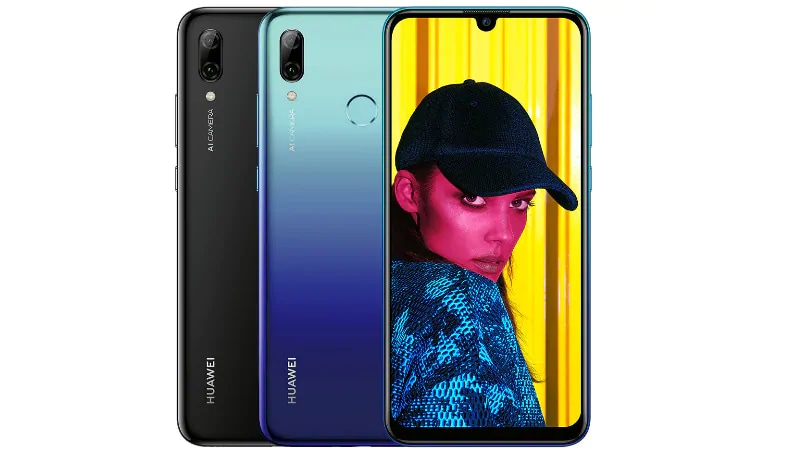 Huawei has unveiled the new Nova Lite 3 smartphone in the Japanese market. A variant of the company's previously introduced Huawei P Smart (2019), the new phone is scheduled to go on sale in the Land of the Rising Sun beginning February 1. It will carry a price tag of JPY 26,880 (roughly Rs. 17,500). As per the official listing shared on the company's Japan website, there aren't any major differences between Huawei Nova Lite 3 and Huawei P Smart (2019), apart from the inbuilt storage.

Huawei has revealed that the Nova Lite 3 will be offered in Coral Red, Aurora Blue, and Midnight Black colour options. As we mentioned earlier, the phone will be sold at JPY 26,880 (roughly Rs. 17,500) in Japan. There is no word on whether Huawei plans to introduce the phone outside the country or the Nova Lite 3 is going to be a Japan-exclusive.

To remind you, the Huawei P Smart (2019) went on sale in the UK earlier this month at EUR 249 (roughly Rs. 20,300) in Aurora Blue, Midnight Black, and Sapphire Blue colour options.

Huawei Nova Lite 3 sports a 6.21-inch full HD+ (1080x2340 pixel) display with a dewdrop-shaped notch. The phone is powered by octa-core Kirin 710 SoC and packs 3GB of RAM and 32GB of inbuilt storage. There is no clarity on the support for a microSD card slot in the smartphone. The phone's previously introduced variant Huawei P Smart (2019) does come with a hybrid dual-SIM card slot. So, it is possible that the Nova Lite 3 too packs a similar setup.

Among other specifications, the Huawei Nova Lite 3 includes a dual camera setup on the back with 13-megapixel primary sensor and a 2-megapixel secondary sensor. There is phase detection autofocus support as an LED flash present on the rear. Additionally, you will get a 16-megapixel front shooter in the phone. The company notes that camera setup of the Nova Lite 3 comes with artificial intelligence (AI) integration, which allows the phone to select the camera parameters based on the subjects in a scene to make sure you get the best shot.

On the connectivity front, there is 4G LTE support with auVoLTE combability incoming via a software update. The phone also packs Wi-Fi 802.11 b/g/n, Bluetooth 4.2, Micro-USB 2.0, and dual-SIM (Nano) card slots. Further, Huawei has included a 3,400mAh battery in the smartphone. In terms of the software, the phone runs EMUI 9.0.1 based on Android 9.0 Pie.