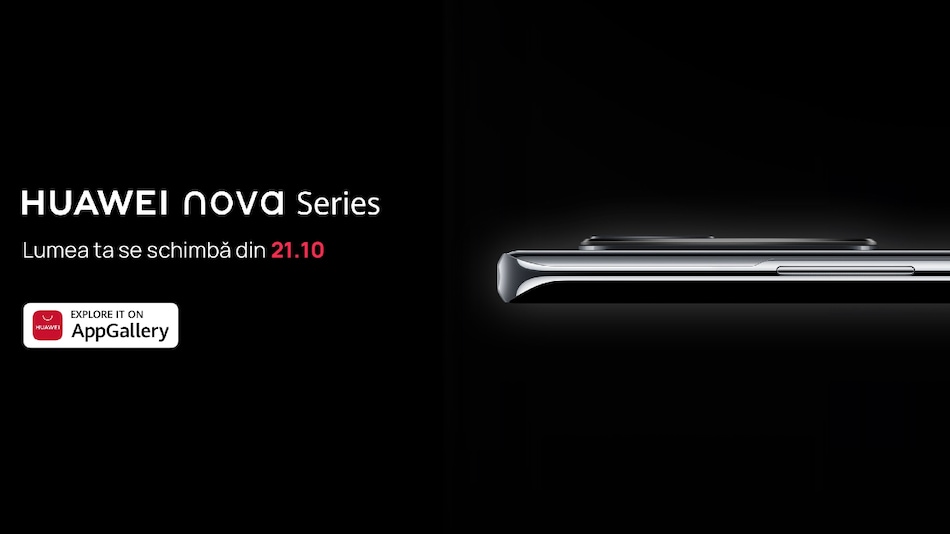 Huawei Nova series smartphones are set to officially launch globally on October 21, the Chinese company has announced via its official Romanian website. The company had announced a launch event in Vienna, Austria, and at the time, what was being launched was not known. Now, at least the Nova series has been confirmed for the date. The rumour mill suggests that the company may unveil Huawei Nova 9, Huawei Nova 9 Pro, and a few other smartphones that it launched over the past few months in various markets.

Both Huawei Nova 9 and Nova 9 Pro dual-SIM (Nano) smartphones run on HarmonyOS 2 that is based on Android Open Source Project (AOSP). The Huawei Nova 9 features a 6.57-inch full-HD+ (1,080x2,340 pixels) OLED display with curved edges. The pro variant gets a larger 6.72-inch full-HD+ (1,236x2,676) pixels OLED display. Both handsets deliver up to 120Hz refresh rate and 300Hz touch sampling rate, as well as P3 wide colour gamut. Under the hood, both models get the octa-core Qualcomm Snapdragon 778G SoC, along with 8GB of RAM.

Both the devices have been provided with 128GB and 256GB of onboard storage. Connectivity options include 4G LTE, Wi-Fi 6, Bluetooth v5.2, GPS/ A-GPS, NFC, and a USB Type-C port. The onboard sensors comprise an accelerometer, ambient light, gyroscope, magnetometer, and a proximity sensor. There is also an in-display fingerprint sensor on both handsets. While the Huawei Nova 9 packs a 4,300mAh battery that supports 66W Super Fast Charge, the Huawei 9 Pro packs a 4,000mAh battery with 100W Super Fast Charge.

iPhone SE (2022) Specifications Tipped; Could Be Powered by A15 Bionic, Support 5G