Huawei Nova 7i was first launched in Malaysia as a rebranded version on Huawei Nova 6 SE. 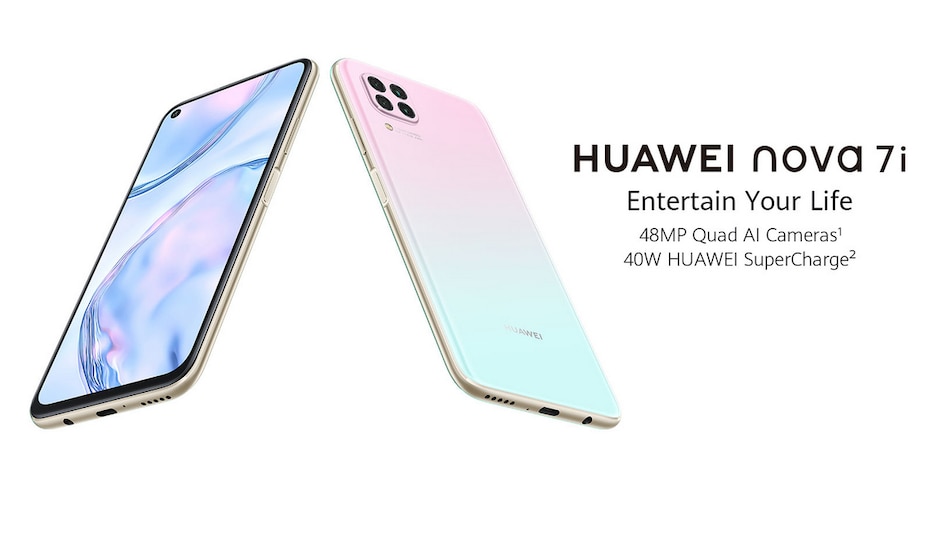 Huawei Nova 7i will likely come in three colour options

Huawei Nova 7i smartphone will reportedly launch in India in July, an online report has claimed. The Chinese tech giant first unveiled the Huawei Nova 7i in Malaysia back in February as a rebranded version of Nova 6 SE, which was introduced in China in December 2019. The phone carries quad rear cameras and octa-core Kirin 810 SoC. It is backed by 4,200mAh battery that supports Huawei's 40W SuperCharge technology. Additionally, the Huawei Nova 7i comes in three colour options.

According to a report by Pricebaba, Huawei Nova 7i will debut in the country next month; however, an exact launch date or pricing details are still unclear. It is important to note that Huawei is yet to confirm the phone's launch in India.

The dual-SIM (Nano) Huawei Nova 7i runs on EMUI 10.0.1, based on Android 10, out of the box, and the smartphone has started receiving the EMUI 10.1 update, as per a report by Huawei Central. The phone will likely come with Huawei App Gallery instead of Google Play service in India.

The Huawei Nova 7i price is set at MYR 1,099 (roughly Rs. 19,400) in Malaysia. It is available in Crush Green, Midnight Black, and Sakura Pink colour options.