Huawei Nova 6 5G will be launched in China on December 5. 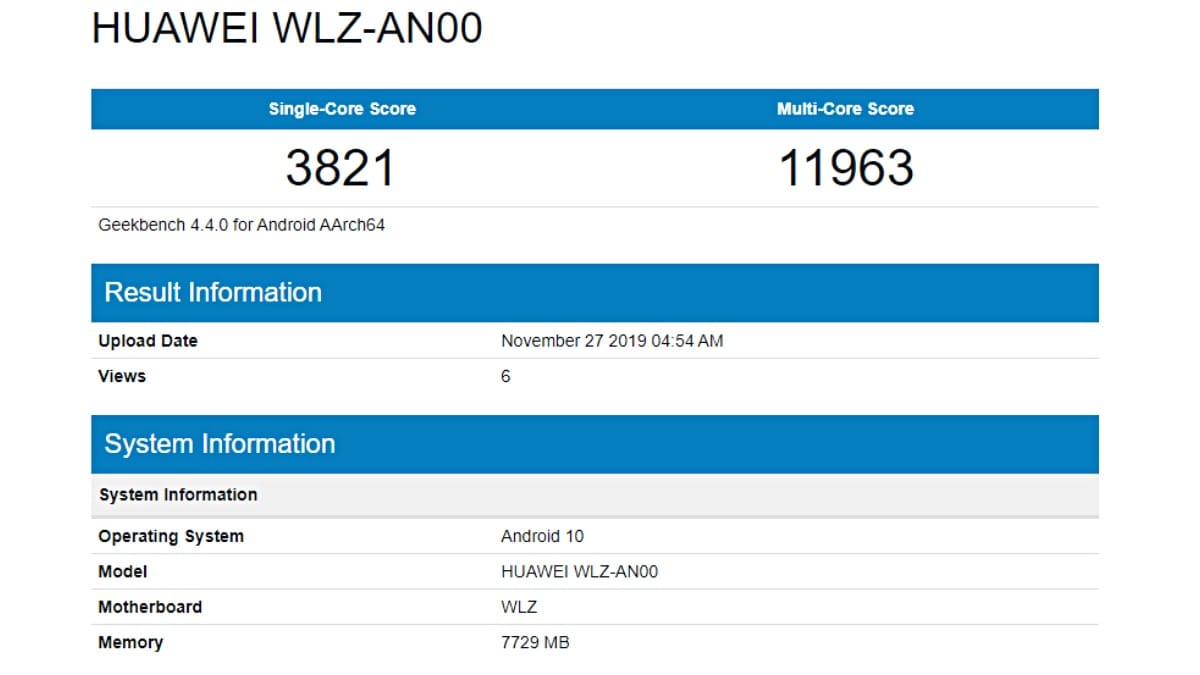 Huawei Nova 6 5G will be unveiled on December 5, but some of its key specifications have already surfaced online and its design has been teased as well. Ahead of its official debut, the Huawei Nova 6 5G has allegedly been spotted on Geekbench, divulging some key details about it. The phone's visit to the benchmarking platform revealed that it will pack 8GB of RAM and will run Android 10 on the software side with Huawei's custom EMUI skin on top. The Huawei Nova 6 5G's Geekbench listing also revealed that it will pack an octa-core HiSilicon Kirin processor.

The Huawei Nova 6 5G was allegedly spotted on Geekbench carrying the model number “HUAWEI WLZ-AN00”. It scored 3821 in Geekbench 4's single-core test and put up a respectable tally of 11,963 in the multi-core test. The device was spotted running Android 10 and drew power from an octa-core HiSilicon SoC clocked at 1.86GHz. The processor in question is tipped to be the in-house Kirin 990 5G SoC. The Geekbench listing of the Huawei WLZ-AN00 was first reported by NashvilleChatter.

Notably, the Geekbench listing tips that the Huawei Nova 6 5G will pack 8GB of RAM. But as per previous leaks, Huawei might also launch another variant that will come equipped with 12GB of RAM. It will reportedly feature a 6.44-inch full-HD+ (1080x2340 pixels) IPS LCD display with a pill-shaped hole-punch that will house dual-selfie cameras, something that the company's official teaser poster also revealed.