Huawei Nova 6 renders suggest triple rear cameras at the back. 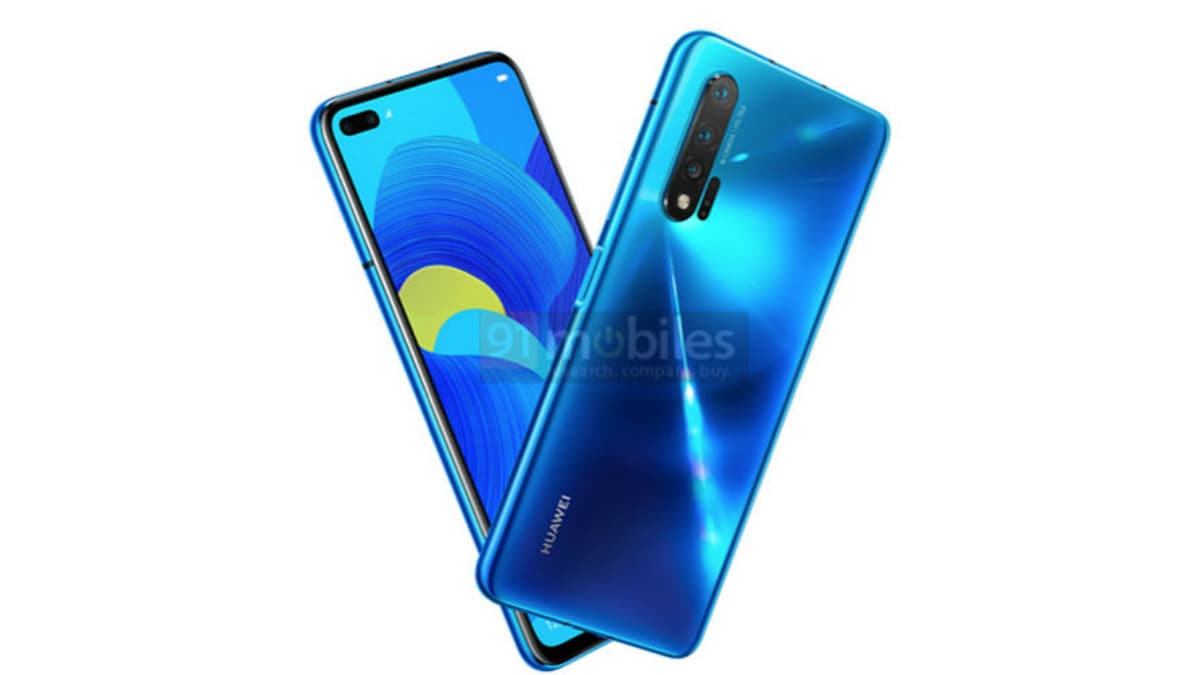 Huawei Nova 6 may launch in December

The rumoured Huawei Nova 6 has been spotted on 3C certification, reiterating its imminent arrival. The phone is listed to come with 40W fast charging support, which means it will charge the battery very quickly. The model listed on CCC is the 4G variant, and the 5G variant hasn't been spotted on the certification site yet. Separately, the Huawei Nova 6 5G renders have also leaked online, indicating that the phone will have a dual hole-punch display, and multiple cameras at the back aligned vertically on the top left corner.

Starting off with the 3C listing, the Huawei Nova 6 was spotted with model number WLZ-AL10. The listing reveals that the phone will ship with a HW-100400C00 charger, and it will offer speeds of up to 40W. The WLZ-AN00 is the model number for the 5G variant, and the has not appeared on 3C as of yet. This listed was first spotted by NashvilleChatterClass.

As mentioned, the Huawei Nova 6 renders were also leaked a few days ago by 91Mobiles. The phone is seen to sport a dual camera setup up front in a hole-punch display design aesthetic. The back is seen to sport a gradient finish, with no rear fingerprint sensor seen. Therefore, it could be possible that the Nova 6 has an in-display fingerprint sensor. The Nova 6 has a slight chin at the bottom of the display, and triple rear sensors aligned vertically. There's an LED flash accompanying it, and there may also be a laser autofocus system at the back.

Huawei Nova 6 is reported to come with 5G support, and launch sometime in December.