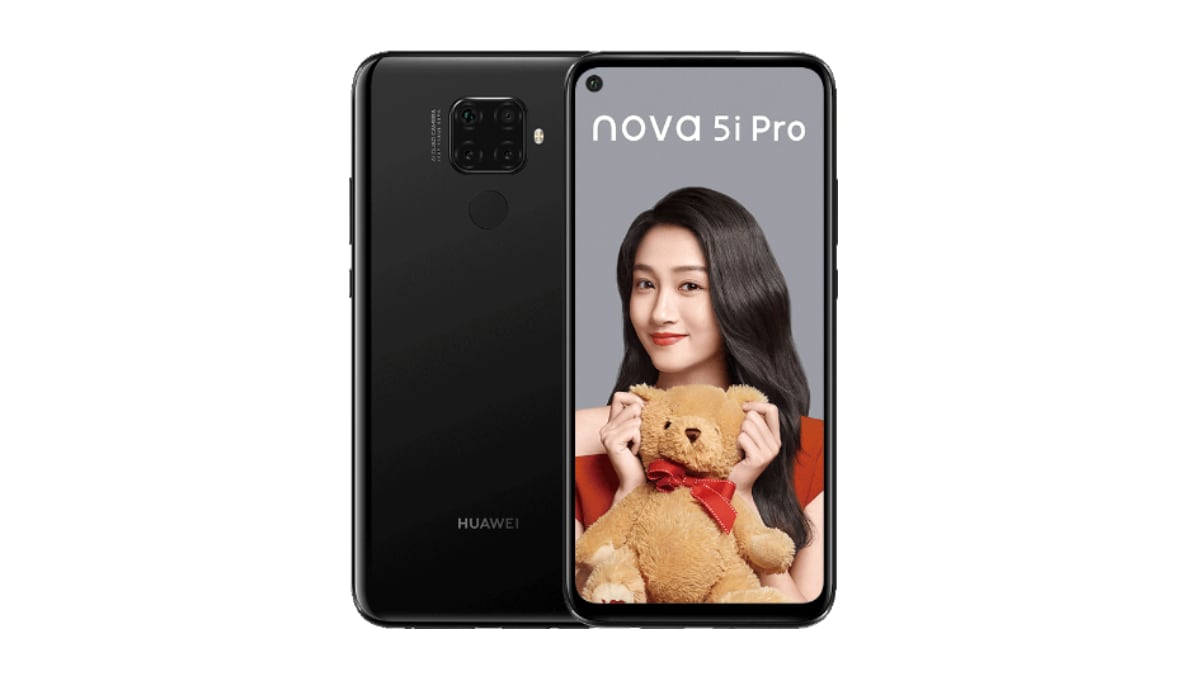 Huawei Nova 5i Pro has been launched officially in China. The Huawei phone will go on sale in the Chinese market starting August 2. It will come in 128GB and 256GB of onboard storage options and have up to 8GB of RAM. Other key highlights of the Huawei Nova 5i Pro include quad rear camera setup, hole-punch display design, and GPU Turbo support. The smartphone also has AI-supporting HiSilicon Kirin 810 SoC that comes with a dedicated neural processing unit (NPU) to perform machine learning tasks. Alongside the launch of the Nova 5i Pro, Huawei at its event in China announced the launch of its Mate 20 X 5G in the country. The 5G phone was unveiled in the UK back in May.

Huawei is initially taking pre-orders for the Nova 5i Pro through the VMall.com site. However, the phone will go on sale in the Chinese market starting August 2.

In addition to the Nova 5i Pro, Huawei has announced the China launch of the Mate 20 X 5G. The phone, which was unveiled in the UK back in May, will debut in the Chinese market with a price tag of CNY 6,199 for the lone 8GB RAM + 256GB storage configuration. The phone will go on sale in the country from August 16.

For photos and videos, the Huawei Nova 5i Pro has the quad rear camera setup that consists of a 48-megapixel primary sensor with an f/1.8 lens. The setup also includes an 8-megapixel secondary sensor with a super-wide-angle lens, 2-megapixel tertiary sensor with a macro lens, and a 2-megapixel quaternary, depth sensor. Further, it supports PDAF and works with preloaded features such as HDR, night mode, portrait mode, and time-lapse among others.

The Huawei Nova 5i Pro also has a 32-megapixel selfie camera at the front that comes along with an f/2.0 lens. The front-facing sensor supports AI beauty mode and an HDR feature.

In terms of storage, the Huawei Nova 5i Pro comes in 128GB and 256GB of onboard storage versions. Connectivity options on the phone include 4G LTE, Wi-Fi 802.11ac, Bluetooth v5.0, GPS/ A-GPS, USB Type-C port, and a 3.5mm headphone jack. The smartphone also has an array of sensors that includes an accelerometer, ambient light, gyroscope, magnetometer, and a proximity sensor. Further, there is a fingerprint sensor at the back of the phone. Besides, there is a 4,000mAh battery.