Huawei Nova 5i Pro teaser confirms that the phone will sport a 32-megapixel selfie sensor, and a Kirin 810 SoC. 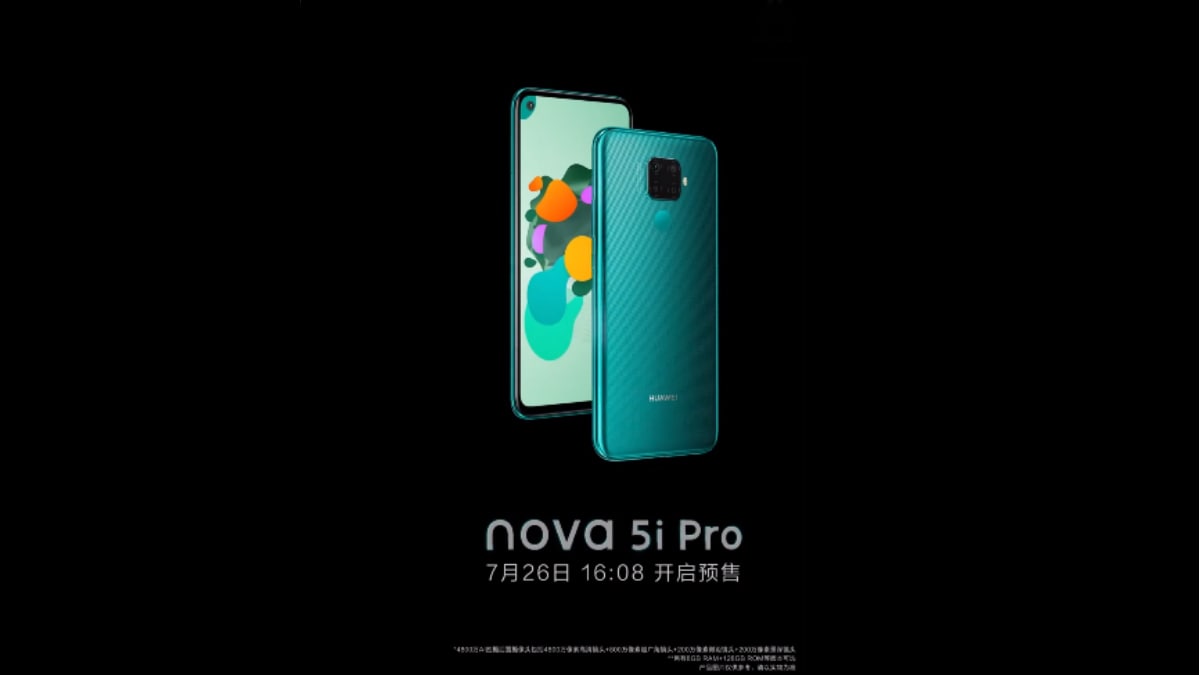 Huawei Nova 5i Pro may launch as the Huawei Mate 30 Lite globally.

Taking to Weibo, Huawei announced that the Huawei Nova 5i Pro will launch on July 26. The company has shared a video alongside the launch date announcement, and it also reveals the design of the upcoming phone. The Huawei Nova 5i Pro is confirmed to sport a 32-megapixel selfie camera, and a hole-punch display with the cut-out placed on the top left of the screen. The phone sports a quad camera setup at the back with one 48-megapixel sensor. There's also a rear fingerprint sensor seen at the back of the phone, and it is also sporting a green glossy back panel. The video teaser also confirms that the phone will be powered by the Kirin 810 SoC, similar to the recently launched Honor 9X series. The launch event will begin at 4pm local time this Friday.

The Huawei Nova 5i Pro aka Huawei Mate 30 Lite was spotted in live images recently, and has also been listed on TENAA as well. On the Chinese certification site, the phone is listed to run on Android Pie and will feature a 6.26-inch full-HD+ (1080x2340 pixels) IPS screen, a 2.2GHz octa-core SoC, up to 8GB RAM, up to 256GB storage with microSD card slot for expansion (up to 256GB), 3,900mAh battery with fast charging support, and 4G LTE support.

The quad rear camera setup is listed to be equipped with 48-megapixel, 8-megapixel, 2-megapixel, and 2-megapixel image sensors. It should also come with a 32-megapixel selfie shooter. The Huawei Nova 5i Pro aka Mate 30 Lite will measure 156.1x73.9x8.3mm and weigh 178 grams.