Huawei Nova 5 series was expanded with the launch of Nova 5i Pro last week. 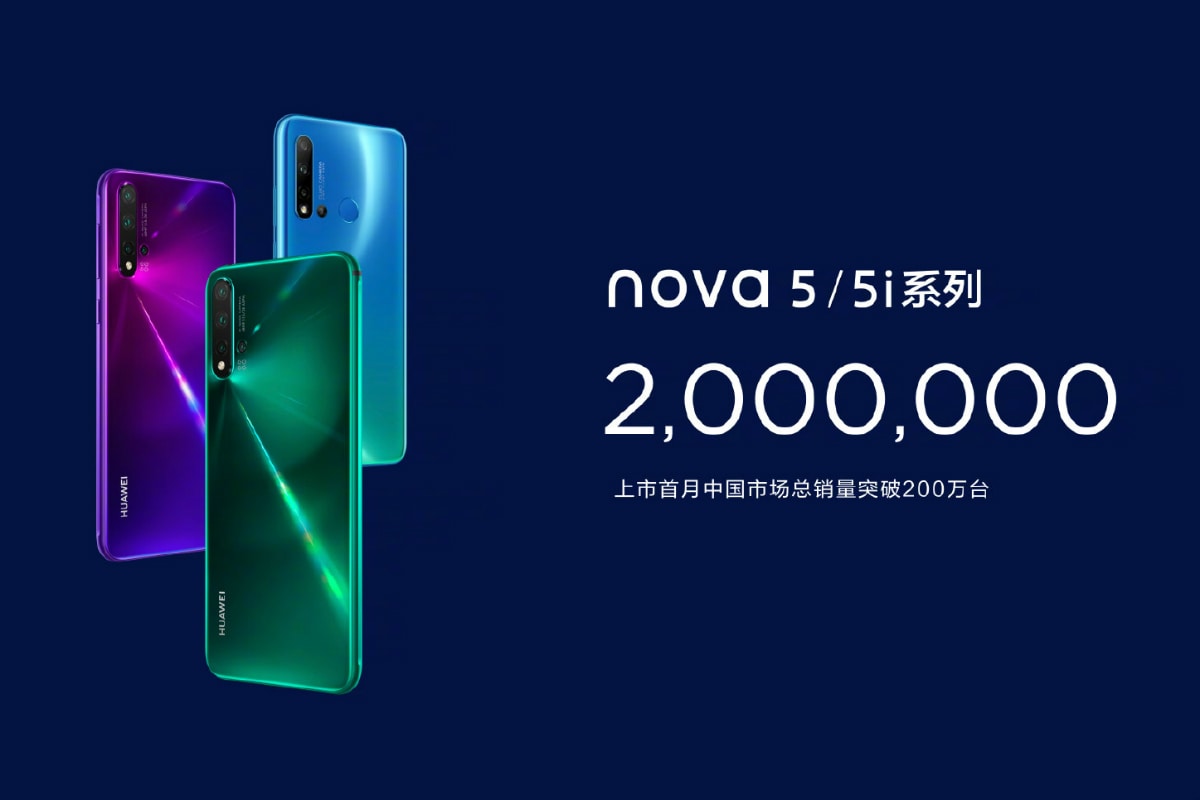 Huawei Nova 5 series has surpassed the mark of two million sales, the Chinese company revealed through a post on Weibo. The Nova 5 series debuted in China last month -- with the launch of the Nova 5, Nova 5 Pro, and Nova 5i. The Nova 5 series is designed as a successor to the Nova 3 range that was launched back July last year and is so far limited to the Chinese market. The phones sport quad rear cameras and have up to 8GB of RAM.

Last month, Huawei announced that it shipped 100 million smartphones this year. The shipments number was revealed amid the ban imposed by the US government. The government, however, took a softer position and allowed US companies to sell their equipment to Huawei.

The Family Man, Amazon’s Next Indian Series With Manoj Bajpayee, to Release in September on Prime Video