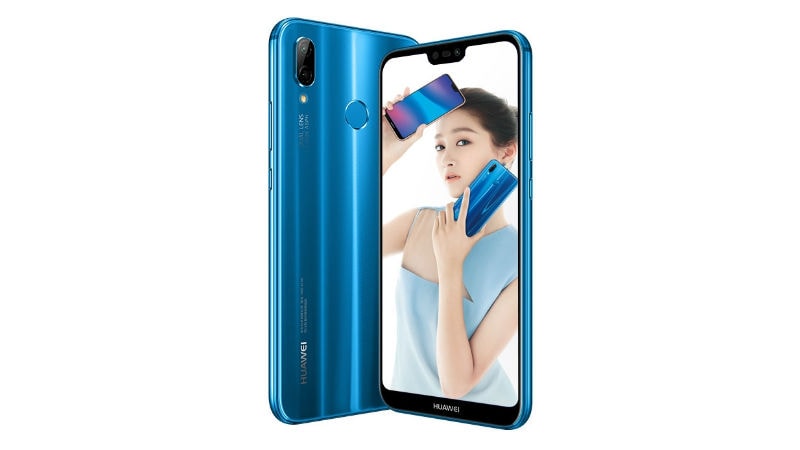 Huawei Nova 3e has been launched in China in Black, Blue, and Rose Gold colour options. The new smartphone, which is essentially a variant of the Huawei P20 Lite that was launched in Poland and Czech Republic last week, comes at a price of CNY 1,999 (approximately Rs. 20,600) for the 64GB storage variant and CNY 2,199 (roughly Rs. 22,600) for the 128GB storage variant. Both variants are available for pre-orders in the country and will go on sale from March 27.

Huawei hasn't revealed any details about the launch of the Nova 3e in markets other than China. However, the company has detailed the smartphone through a post on Weibo.

For storing content, the Huawei Nova 3e has 64GB and 128GB storage options, as we mentioned. Both are expandable via microSD card (up to 256GB) in a hybrid configuration. The smartphone has a fingerprint sensor on the back. In terms of connectivity, there are options, including 4G VoLTE, Wi-Fi 802.11 b/g/n, Bluetooth v4.2, GPS/ A-GPS, NFC, USB Type-C, and a 3.5mm headphone jack. The smartphone packs a 3000mAh battery.

BlackBerry Must Face Revived US Lawsuit Over BlackBerry 10
France to Get Tougher on Social Media Hate Speech, Says Prime Minister