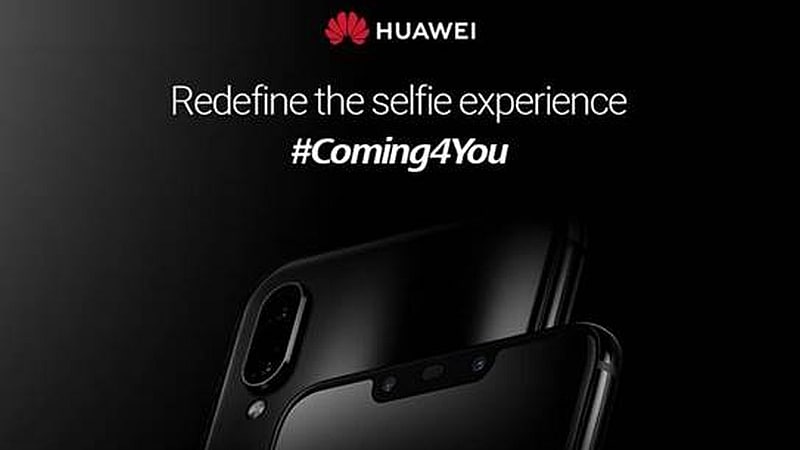 Huawei has sent out press invites for a July 26 event in Delhi, where it was expected to launch the Huawei Nova 3 and Huawei Nova 3i smartphones in India. Amazon India will be the exclusive online retail partner for Huawei's new Nova series in India, the company confirmed last week. Now, thanks to the invite image, we can be sure Huawei is indeed launching the Nova 3 and Nova 3i, with the smartphone's notch-based design and the presence of dual cameras at both the front and back clearly seen.

At different points earlier this month, the company launched the two smartphones in China, with availability for the Nova 3i pegged for August 10 in the Chinese market. Key highlights of the Huawei Nova 3i include the new Kirin 710 SoC and a 3340mAh battery, while the Nova 3 is powered by a HiSilicon Kirin 970 SoC and a 3750mAh battery. Both the phones sport a 19.5:9 aspect ratio with a display notch.

The pricing and availability of both the Huawei Nova 3 and Nova 3i in India are expected to be announced at the launch event on July 26. In China, the Nova 3 has been made available in Purple, Black, Blue, and Gold colour options. It has been priced at CNY 2,999 (roughly Rs. 30,600) for the lone 6GB RAM/ 128GB storage variant.

For storing content, the Huawei Nova 3 has 64GB and 128GB storage options that both are expandable via microSD card (up to 256GB). The smartphone has 4G VoLTE, Wi-Fi 802.11ac, Bluetooth v4.2, GPS/ A-GPS, USB Type-C, and a 3.5mm headphone jack for connectivity. It also includes a fingerprint sensor at the back and supports a Face Unlock feature as well. Besides, the smartphone packs a 3750mAh battery and measures 157x73.7x7.3mm.