Huawei Nova 3, Nova 3i Expected to Launch in India on July 26, Will Be Amazon Exclusives 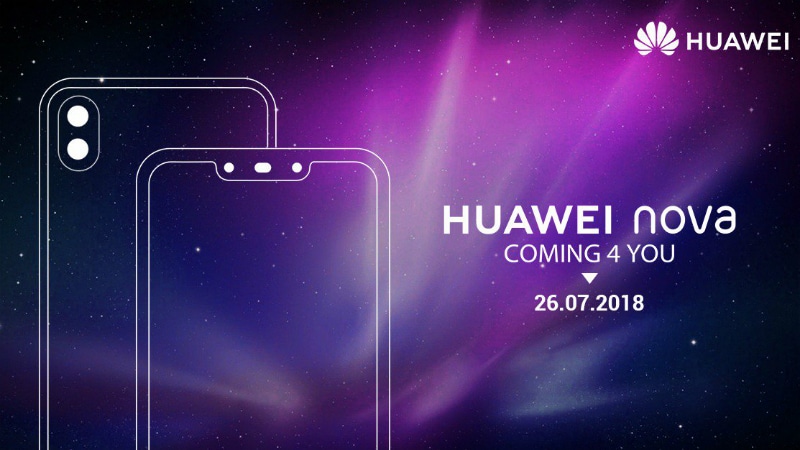 Huawei has teased the launch of its new Nova series smartphones in India, just days after a report claimed the company plans to launch the Nova 3 and Nova 3i in the country. As per a teaser on its official Twitter handle on Sunday, Huawei India said, "Get ready to fourfold your creativity in more ways than one. The new Nova is #Coming4You!" The emphasis on the number 4 reveals that a smartphone with four cameras is coming to India, which could point towards the Nova 3 and the unannounced Nova 3i. The teaser also mentions July 26, 2018 as the date of the reveal. The smartphones will be exclusive to Amazon in India as the e-commerce player has created a dedicated web page for the launch.

While the Nova 3 has already been announced in China, the Nova 3i hasn't been revealed yet. However, it might see an announcement on July 18 alongside the price reveal of the Huawei Nova 3 in China. Both smartphones are expected to be powered by the company's latest graphics processing acceleration technology called GPU Turbo. The Chinese phone maker claims this technology will help accelerate mobile gaming experience.

Connectivity options on the Huawei Nova 3 include 4G VoLTE, Wi-Fi 802.11ac, Bluetooth v4.2, GPS/ A-GPS, USB Type-C, and a 3.5mm headphone jack. There is a fingerprint sensor locared on the back of the handset, and the front camera offers Face Unlock capabilities. The Nova 3 measures 157x73.7x7.3mm.