Huawei May Need Two to Three Years to Recover From US Trade Ban, CEO Says

Adding Huawei to the trade blacklist was part of a broad US push against the Chinese company. 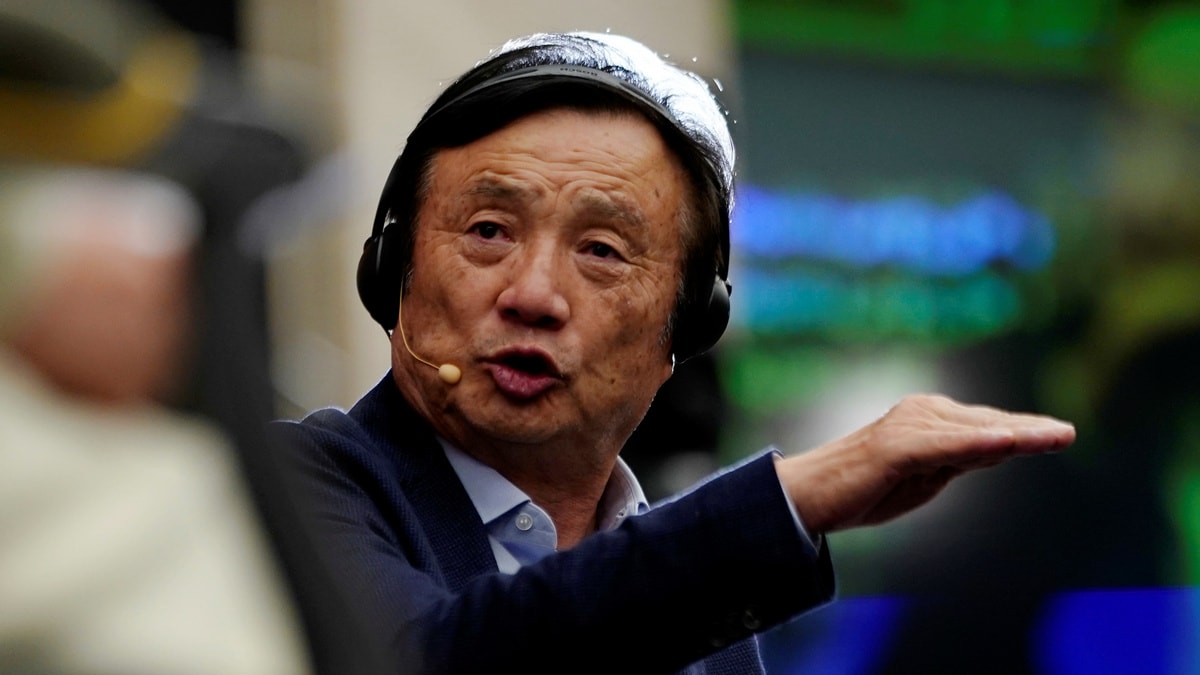 Chinese tech giant Huawei will survive a US trade blockade, its chief executive said, but may need two or three years to overcome the damage the sanction has caused. In an interview at Huawei headquarters in southern China, Ren Zhengfei said the US ban has had a "pretty big impact" on the company, forcing it to scramble to redesign products to try to eliminate US parts.

He said Huawei is now producing telecom network equipment without US chips or components, and has shipped such gear to more than 40 telecom companies, including some in Europe. Huawei has also reduced US parts in its cell phones, he said.

"Based on the current situation, I think there is no problem that we cannot survive," Ren, 75, said from a grand reception hall decorated with Grecian statues and columns, where Huawei typically receives foreign customers and guests.

The Trump administration banned most US technology sales to Huawei in May, after labeling the company a security threat. US officials say the Chinese government could tap into Huawei equipment installed overseas to spy on the West or disrupt infrastructure - allegations Huawei denies.

The White House eased the ban somewhat last month, allowing some US companies to resume sales "which do not pose a significant risk to the national security or foreign policy interests of the United States."

Industry officials said the US is allowing the sale of some components Huawei uses to build consumer products, but is continuing to ban the export of chips and other parts Huawei needs to make equipment for 5G wireless Internet networks. Huawei and its main rivals, Ericsson and Nokia, are competing to sell the equipment to countries investing heavily in the super-fast networks, which are expected to enable future technologies such as autonomous driving.

Adding Huawei to the trade blacklist was part of a broad US push against the Chinese company, which the United States also accuses of violating US sanctions on Iran.

Ren described Trump as "trying to crush businesses and intimidate countries around the world," and said the trade ban on Huawei would backfire on the US by depriving tech companies of sales.

If US companies won't supply Huawei, "I'm sure suppliers in other countries will gladly offer their own products to fill that void," Ren said.

Among the US parts Huawei can't buy at the moment is a crucial type of chip made by Xilinx Inc., of San Jose, Calif. The so-called FPGA chip allows 5G base stations to be programmed from afar, a flexibility telecom companies like because 5G technology is new and will require adjustments over time, analysts say.

Ren said Huawei had used part of its $15 billion (roughly Rs. 1,10,000 crores) annual R&D budget to design its own FPGA chip that "can deliver as good a performance as Xilinx chips." Telecom companies have given Huawei positive feedback about equipment containing these Huawei-made chips, he said, though he declined to name specific companies.

Some US tech analysts have cast doubt on Huawei's ability to produce an FPGA that can match the Xilinx product.

One big remaining obstacle for Huawei: company officials in Shenzhen said the trade ban is still preventing Huawei from licensing Google apps such as Gmail and YouTube for use on its cellphones. That has made the phones less attractive for customers overseas, causing Huawei phone sales to fall in Western markets, even as they have continued to climb in China, according to the company.

Huawei's total sales in the first nine months of the year grew 24 percent over the same period in 2018, to $86 billion, the company said in an October press release that noted the figures were unaudited. Huawei shares are not publicly traded, so the company isn't required to publish a full set of audited quarterly results, or to break down its sales by division or geographic market.

The Grecian hall where Ren spoke with The Post was part of an elaborately decorated building that Huawei uses to entertain customers. The palatial entry hall features grand marble staircases, Renaissance-style ceiling frescoes and gilded chandeliers. One wing is decorated like a quaint Kyoto lane, with old-fashioned storefronts and a sushi restaurant. Behind another door sits a verdant greenhouse featuring traditional wooden homes from the Chinese countryside.

Brian Chamberlin, an American marketing executive at Huawei who receives telecom-company clients in the building, said some customers have expressed concerns about the US trade ban.

"Of course every carrier customer is concerned with Huawei being able to deliver," he said. "And of course Huawei is doing everything in our power, despite the American pressure, to be able to meet our commitment to our customers."

"Our customers are standing by us," said Chamberlin, who previously worked for Cisco in California.