Huawei Mate X2 will be launched on February 22 in China. 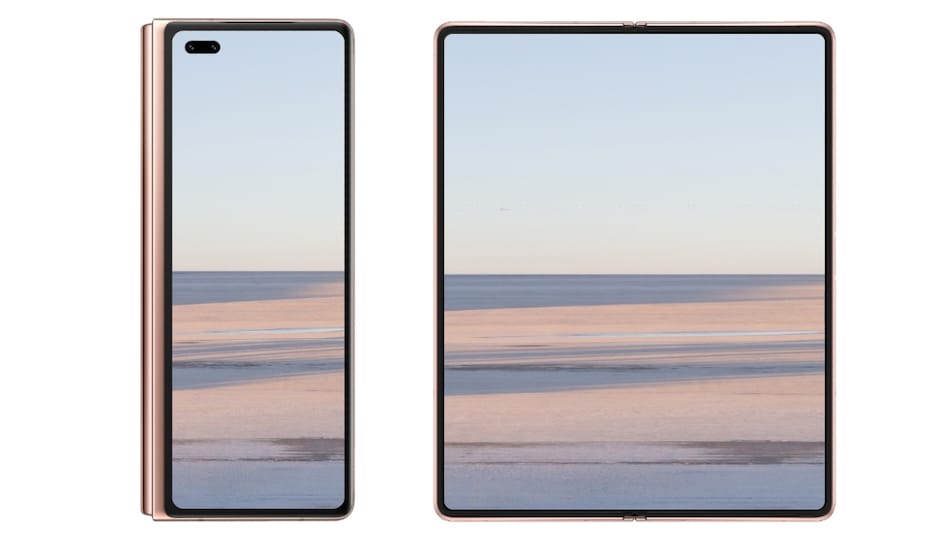 Huawei Mate X2 will be powered by Kirin 9000 SoC, the company has confirmed through its official account on Weibo. The news comes a few hours after the Chinese tech giant revealed the launch date of the foldables smartphone. Huawei Mate X2 is a successor to the Huawei Mate X that was launched in 2019 to compete with Samsung Galaxy Fold. An alleged render of the upcoming smartphone have also been leaked on the Chinese microblogging website. They show a dual front camera setup and an inward-folding design.

Confirming rumours about the smartphone's chipset, Huawei confirmed that the Mate X2 will come equipped with the Exynos 9000 SoC. The Chinese company hasn't yet provided any further details around the specifications of the foldable handset. Huawei Mate X2 launch date is set for February 22, Huawei revealed via a teaser posted on Weibo.

The Huawei Mate X2 teaser poster suggested that unlike Huawei Mate X, this handset will have an inward-folding design — similar to the original Samsung Galaxy Fold and Galaxy Z Fold 2. Huawei is expected to use a new hinge to enable inward folding. This development is also suggested in the render leaked by tipster Digital Chat Station on Weibo.

As per the alleged image shared by the tipster, the Huawei Mate X2 may sport a dual camera setup on the outer display. These cameras are placed inside a pill-shaped hole-punch cutout on the top left corner of the external screen. One of the cameras is expected to feature a 16-megapixel sensor. The main screen does not have any holes or camera, and sport thin bezels. The handset appears to have a new hinge that looks like the one we saw in Samsung Galaxy Z Fold 2.

In a separate post on Weibo, Digital Chat Station had earlier claimed that the phone is expected to feature an 8.01-inch (2,480x2,200 pixels) inward folding display along with a secondary 6.45-inch (2,270x1,160 pixels) display. Huawei Mate X2 may feature a quad rear camera setup that comprises a 50-megapixel primary camera, a 16-megapixel secondary camera, a 12-megapixel sensor, and an 8-megapixel sensor. The phone is expected to feature 10x hybrid optical zoom. It is tipped to pack a 4,400mAh battery with 66W fast charging support.