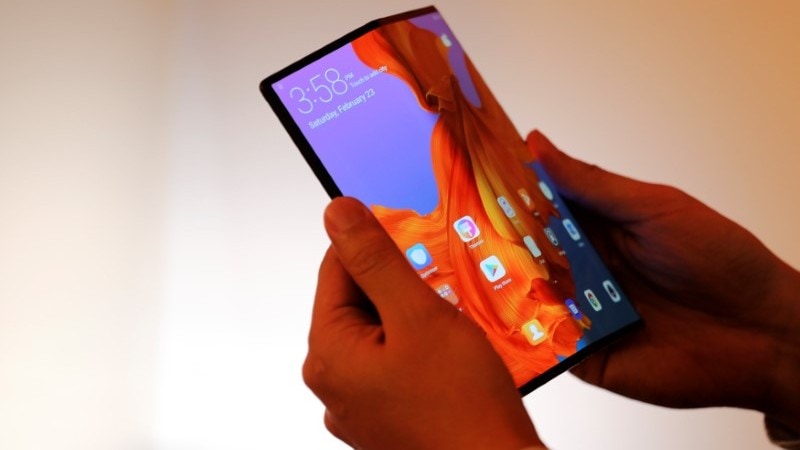 Dashing hopes of Indian consumers willing to acquire the just-released foldable phone from Huawei any time soon, the company says it is not planning to bring a 4G version of the Mate X shortly and that its availability will depend on the 5G network in the country.

Although India is targeting 2020 for 5G roll out, the country is yet to allocate 5G spectrum to operators even for 5G trial of use cases.

Expensive at EUR 2,299 (roughly Rs 1,85,000), the foldable Mate X is a 5G phone and as the US has been raising security concerns over use of Huawei 5G equipment, the European market could be the first to see the release of the phone.

Huawei showcased the foldable phone at MWC Barcelona on Sunday, but did not allow the visiting journalists to touch the device.

"We expect to start shipping the device form the middle of this year through the carrier channel. Making the device available in the open market may take some time," Kevin Ho, President of the Handset Business, Huawei Consumer Business Group, told IANS here.

Replying to a question about producing foldable phone for the 4G network, he said that although the company was not focusing on bringing a 4G to suit markets like India it could consider such a proposal at a later stage.

It houses massive 4,500 mAH dual battery and several industry-first features, including a new superfast charging capability that can reach 85 per cent battery in just 30 minutes.

The phone features a flexible OLED panel and a falcon wing mechanical hinge.

"Creating the foldable phone's hinge is the most challenging part for our engineers," Ho said. "We had to design the hinge to avoid layers like formation that one gets when one folds a book or a notebook. This was a big challenge and they had to use a sophisticated technology," he added.

While Ho asserted that the phone was ready for mass production, he acknowledged that the company was still doing several tests and was also in talks with app developers so that apps can be optimised for a foldable device.

The 8GB + 512 GB phone, which can be easily unfolded at the click of a button, now has only one colour, Interstellar Blue, and comes with a full protection case. Huawei said it might introduce new colours for the device at a later stage.

When unfolded, the 6.6-inch dual display panel transforms into an 8-inch tablet only 5.4mm thick.

While unveiling the device on Sunday at a packed hall here, Huawei Consumer Business Group CEO Richard Yu claimed that the phone offers best selfie camera. But the company did not reveal the camera specifications.

"The phone will provide users more privacy and security protection," he said.

"Mate X is the only phone now with the capability to work in both the architecture. So this phone is not only for today, but also for future 5G," Yu said.

Huawei Dismisses Threat of a Ban, Claims It Could Succeed Without US
Huawei Mate X vs Samsung Galaxy Fold: Price, Specifications Compared