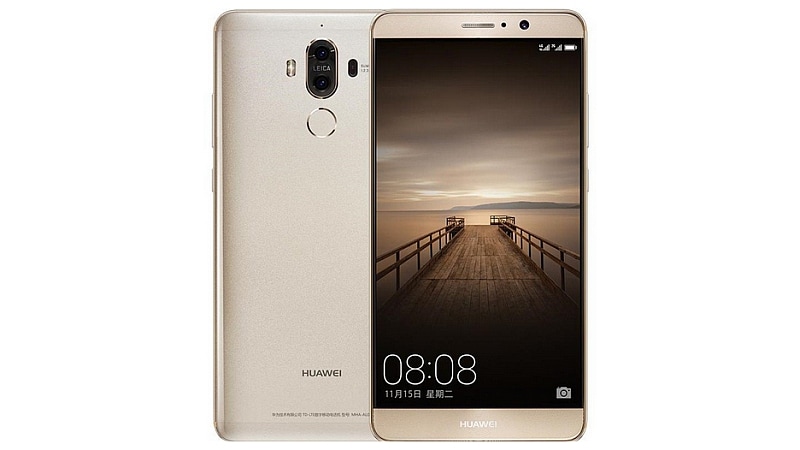 Huawei in November launched its high-end smartphone - Mate 9 - at an event in Munich. At the time of launch, the Chinese mobile company had revealed only the 4GB RAM option with 64GB of inbuilt storage. Apart from that no other storage variant was revealed by Huawei. Now it seems that the company has started selling another Huawei Mate 9 variant that houses 6GB of RAM along with 128GB of inbuilt storage, as it has been listed on multiple third-party retailers.

Back in October, there were rumours floating that Huawei may have two variants for its Mate 9 smartphone but while launching in November, Huawei offered only the 4GB version. Since then, a Huawei Mate 9 Pro smartphone was launched with 6GB of RAM, 128GB of inbuilt storage - however, it sports a smaller 5.5-inch curved QHD (1440x2560 pixels) AMOLED display.

While there's just a bump in RAM and inbuilt storage, there are no other significant changes to rest of the specifications on Huawei Mate 9. As per the specifications, Huawei Mate 9 runs EMUI 5.0 based on Android 7.0 Nougat, and sports a 5.9-inch full-HD (1080x1920 pixels) IPS display. It is powered by the HiSilicon Kirin 960 octa-core SoC with four Cortex-A73 cores clocked at 2.4GHz, and four Cortex-A53 cores clocked at 1.8GHz. It bears a fingerprint sensor on the rear panel, which supports gestures.

Huawei's Mate 9 sports 'second-generation Leica dual-lens camera', which has been 'co-engineered' with Leica. The Huawei Mate 9 packs in a 20-megapixel monochrome sensor and a 12-megapixel RGB sensor, both with f/2.2 apertures. On the front part, it bears an 8-megapixel sensor with an f/1.9 aperture. It also has a 4000mAh battery in it.