Huawei is using its own, stripped-down version of Android, whose basic code is provided free of charge by Google. 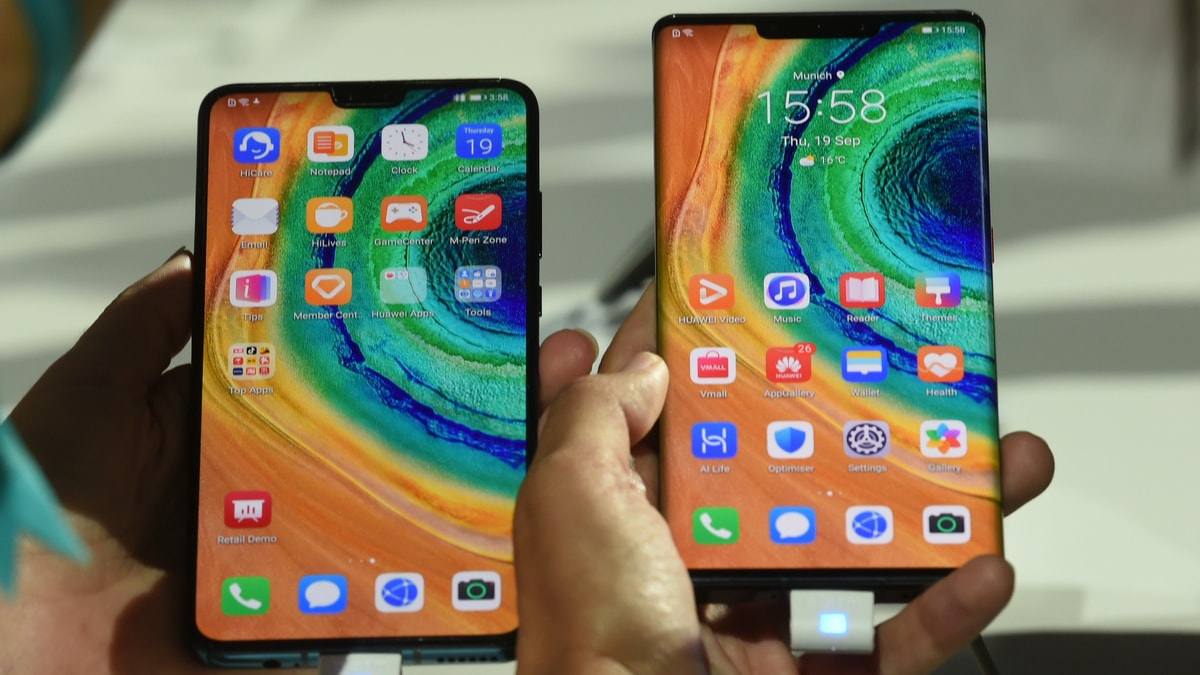 Huawei launched a new flagship smartphone on Thursday but it comes without popular Google apps such as Chrome or YouTube after US sanctions kicked in, limiting its appeal to consumers.

The Chinese tech giant's Mate 30 phone series, including one for new 5G networks, runs on an open source version of Google's Android operating system, which by default doesn't come preinstalled with the US company's suite of popular apps and services that licensed versions have.

Richard Yu, CEO of Huawei's consumer business, told reporters after the launch that consumers "can download (the apps) by themselves" from third party sites.

"For us, we can't really install the apps."

Huawei, the world's second-biggest smartphone maker, is fighting to save its business after the Trump administration blocked access to US components and technology in May on national security grounds.

Washington has issued temporary exemptions that let Huawei maintain software for existing devices, but they don't cover new products such as the Mate 30.

The Mate 30, powered by Huawei's new Kirin 990 advanced chipset, sports a four-camera system and screen that curves nearly 90 degrees around its long edges, for a borderless effect. Prices start at EUR 799 ($880 or roughly Rs. 62,600).

Huawei is using its own, stripped-down version of Android, whose basic code is provided free of charge by Google.

The Chinese company's phones are popular in Europe and Asia. but little known in the US, where its telecom switching gear has been effectively blocked for years over fears it could be used for spying by China's communist rulers.

The Mate 30 will go on sale next week in China but won't hit European stores until next month as the company gathers consumer feedback, said Yu.

He said the company hadn't expected the trade dispute to last so long when it was planning the launch.

"This US-China trade war delayed us and is still not stopping, so we've become the bargaining chip between two great nations," Yu said.

Losing access to Google's mobile apps will make it harder for Huawei to battle Samsung for top spot in the mobile phone market, because it will be less attractive to wireless carriers, said Jean Baptiste Su, principal analyst at Atherton Research.

"I don't think operators will risk having millions of disappointed customers that rely on Google services (who) see it doesn't work on their brand new devices," he said.

In a bid to reduce reliance on Google, Yu said Huawei is spending $1 billion encouraging global developers to make apps compatible with its own app gallery, which is mainly used in China. It will take a 15 percent commission, compared with 30 percent rivals such as Apple charge, he said.