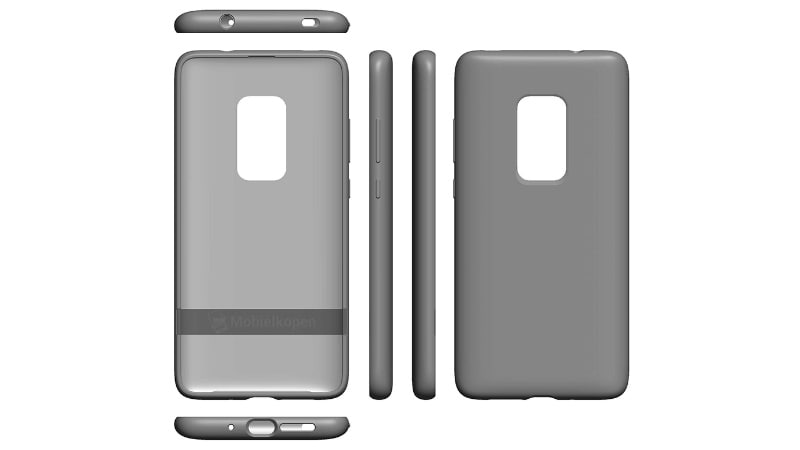 Huawei Mate 30 Pro is now rumoured, and is tipped to sport as many as five rear cameras at the back. Huawei has filed a new patent application for a smartphone case at the China National Intellectual Property Administration, and the case filing suggests that an upcoming device - thought to be the Huawei Mate 20 Pro successor - will sport a penta-lens camera setup. To recall, the anticipated Nokia 9 is also expected to sport a penta-lens camera setup at the back, and the Huawei Mate 30 Pro looks to give some competition to HMD Global.

To recall, the Huawei Mate 20 Pro had a triple camera setup at the back with a LED flash, inside a square shaped ring, and the elongated rectangular shaped cutout only suggests more sensors. With HMD Global working incessantly on the Nokia 9 flagship with five sensors, Huawei would want to top that on its flagship series. While the Mate 30 Pro is expected to launch in the second quarter of 2019, we could see the same camera setup on the Huawei P30 Pro as well, expected to release at MWC this year.

The case also suggests that the Mate 30 Pro will lack a rear fingerprint sensor, which means an in-screen sensor is expected, just like its predecessor. The case reveals that the power and volume buttons are located on the right edge of the smartphone, and the USB Type-C port and speaker grille will be located on the bottom edge of the smartphone. Little else is known of the device so far. We expect more leaks to pour in as the launch nears