Looks like Huawei will be skipping the all-screen design this year. 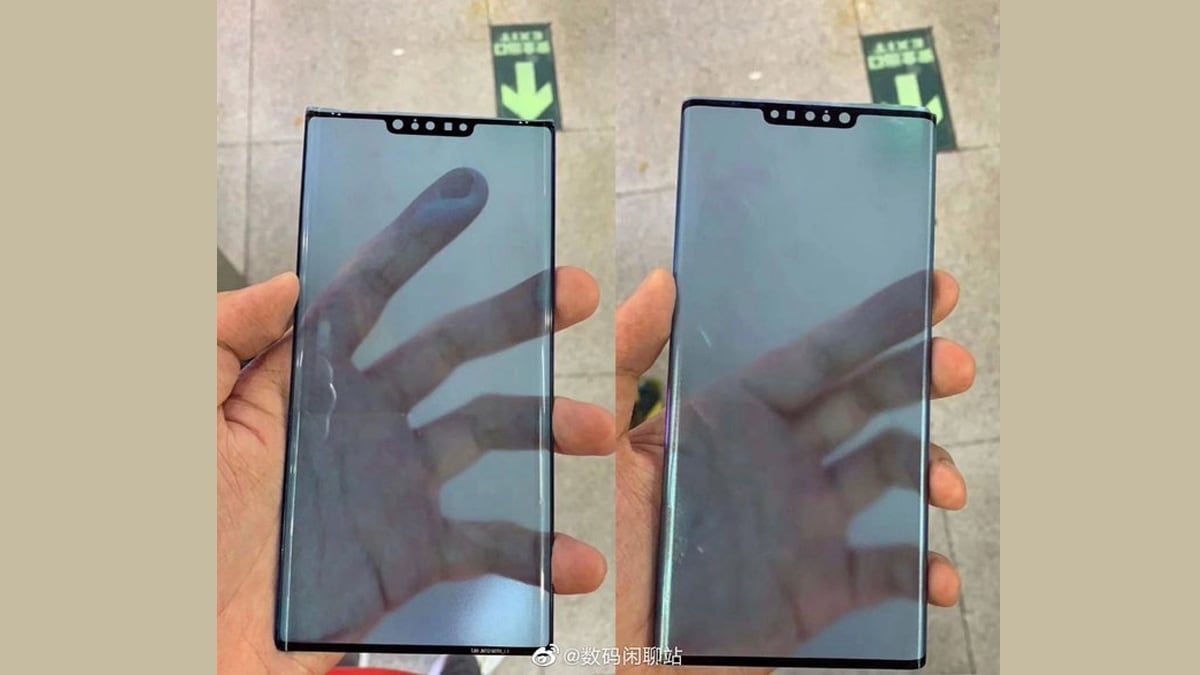 The screen protectors indicate both phones will have a wide notch

The Huawei Mate 30 series has been heavily rumoured for a few months now, and we've already seen a bunch of leaks and renders of what the phone might look like. However, as we get closer to launch day, we're now starting to see some more hard proof of what Huawei might do with the display. Previously, we've seen renders which showed the phone having a tiny hole-punch camera but that's probably not going to be the case. Alleged screen protectors for the Mate 30 and Mate 30 Pro have leaked in the wild, which suggest that the phones will have a wide notch on the top, which will house a bunch of sensors for 3D face unlock, just like on the Mate 20 Pro.

The alleged screen protectors for the phones have made its way to Weibo, as reported by Gizmochina. One set of the live shots show the supposed screen protectors of the Mate 30 and Mate 30 Pro. It clearly shows a wide notch area, with a cutout for five sensors, including the front camera. Both screen protectors also have curved sides that suggest that the Mate 30 will also get it. A closer look at the images also reveals a narrow chin at the bottom. While the number of sensors on the top are the same, their positioning is different.

The other set of images also show a similar notch cutout on the screen protector, but this one doesn't have cutouts for the individual sensors. The report suggests that production of the screen protectors have begun, which is how we're seeing these images. This suggests that this could be the final display design of the main two phones in the new series. Both these images show a similar screen design to an earlier leak of the phone being tested, which also had the same wide-notch design.

All those expecting a hole-punch or even an all-screen display on the Mate 30 series might be a little disappointed. The latter look is now very popular, with phones such as the OnePlus 7 Pro (Review) and even budget offerings such as the Realme X (Review) sporting it. However, the problem with this is that you sacrifice the extra sensors required for 3D face unlock, which is a lot more secure compared to using the selfie camera. The alleged notch on the Mate 30 series is not an ugly one by any means, especially when you compare to the iPhones. We think it's a good decision to have a more secure face authentication system in place by making a small aesthetic sacrifice.

OpenTable, the Dining Reservation App, Moves Into Delivery
For Facebook's Zuckerberg, FTC Settlement Could Bring a New Era of Accountability