The Huawei Mate 30 Pro is tipped to sport a dramatically curved display. 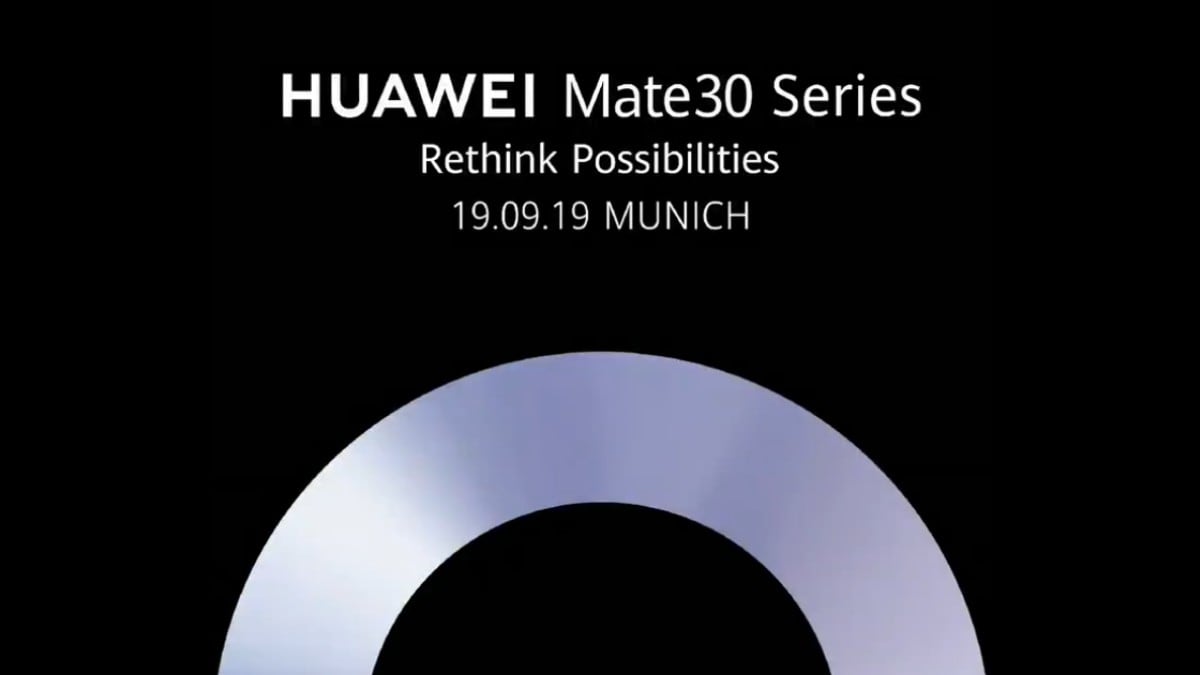 The official Huawei Mobile Twitter handle has shared a short video revealing the Mate 30 series' launch date on September 19, which falls in line with a previous report claiming that the Mate 30 series will go official in September, with a lot of uncertainties regarding the availability of Google apps on them. As for the phones, the Mate 30 series will be headlined by the Huawei Mate 30 Pro, which is expected to pack quad rear cameras housed in a large circular module and some notable camera upgrades. An alleged promotional image of the Mate 30 Pro suggests that it will be powered by the in-house Kirin 990 SoC, and so will the standard Huawei Mate 30 phone.

The Huawei Mate 30 Pro, just like its predecessor, is expected to pack some serious camera hardware that might include the new Sony IMX600 series sensors. The Huawei Mate 30 and Mate 30 Pro duo has already received the TENAA and Bluetooth certifications. The Huawei Mate 30 Pro is tipped to pack a 40-megapixel primary camera with a variable aperture of f/1.6 – f/1.4, a 1/1.5-inch sensor, an RYYB pixel layout, and Cine Lens feature. The 40-megapixel secondary camera with a 1/1.8-inch aperture and a 120-degree ultra-wide lens will also come with Cine Lens support. It will be assisted by an 8-megapixel telephoto sensor that will bring 5X zoom capabilities, while the fourth one is tipped to be a periscope lens.

As per case renders, the Huawei Mate 30 will pack triple rear cameras in a circular module and a wide notch. The Mate 30 Lite, which has already received the TENAA certification and appeared in live images as well, will come equipped with quad rear cameras and might debut as the Huawei Nova 5i Pro in some markets flaunting a hole-punch display.