Huawei Mate 30 Pro is tipped to ditch physical buttons in favour of a curvier display. 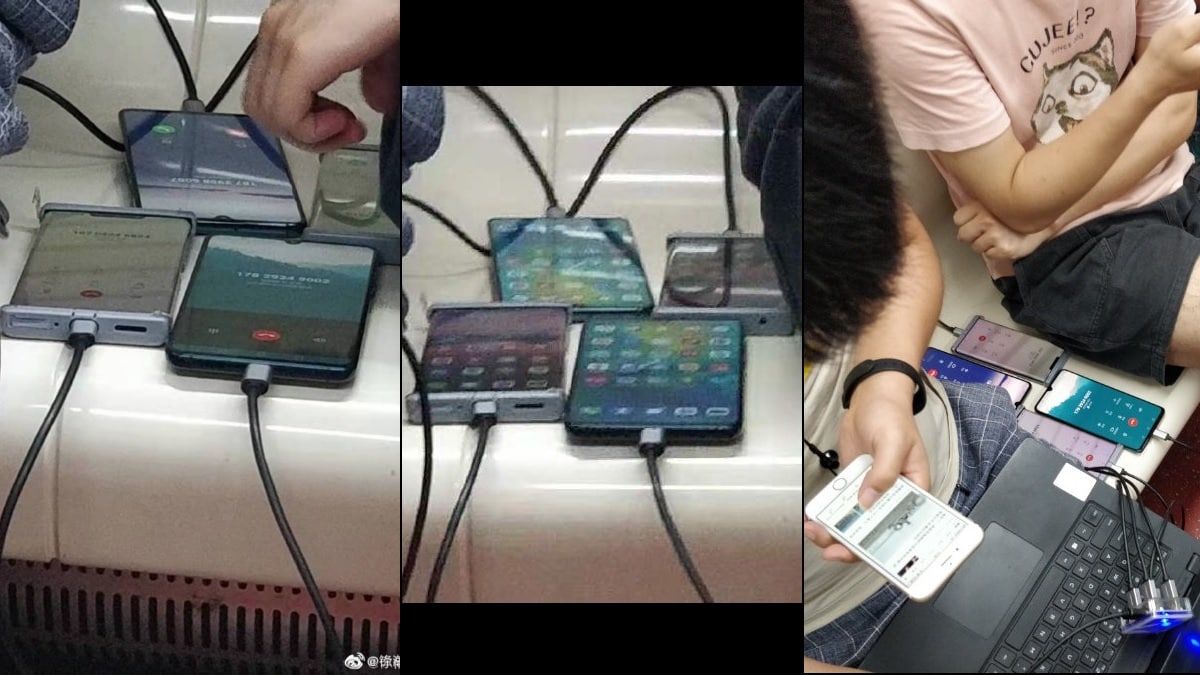 Huawei Mate 30 Pro is still a few months away from its official launch, but the phone has now been allegedly spotted in the wild. A trio of leaked images claims to show the upcoming Huawei flagship for the first time, flaunting a wide notch and a dramatically curved display. The leaked images reportedly show two Huawei Mate 30 Pro units, both of which are covered at the top and bottom by a thick case to hide their identity. But what is truly noteworthy is the curved display, which appears to have a high radius of curvature, just as past leaks have indicated.

The leaked Huawei Mate 30 Pro images, which surfaced on Chinese microblogging platform Weibo, are reportedly spy shots of the phone spotted while being tested alongside two other devices. The alleged Huawei Mate 30 Pro appears to have a wide notch and a curved display that seemingly wraps around the edges of the phone. The design of the Mate 30 Pro falls in line with what a previous case leak had indicated.

The Huawei Mate 30 Pro has earlier been tipped to adopt a wraparound design for the display and will feature an all-glass build that won't have any space for the metallic frame. Moreover, the phone reportedly won't feature any physical buttons and will rely on artificial tactile feedback delivered by a linear motor to mimic the feel of pressing a button. As per a previous leak, the phone will feature a 6.71-inch display and will be powered by the Kirin 985 SoC.

The phone reportedly won't feature a hole-punch camera and will have a wide notch instead, as can be clearly seen in the leaked images. While not much is known about the sensors at the front, it appears that the Huawei Mate 30 Pro will come equipped with the 3D face unlock technology that is present on its predecessor.