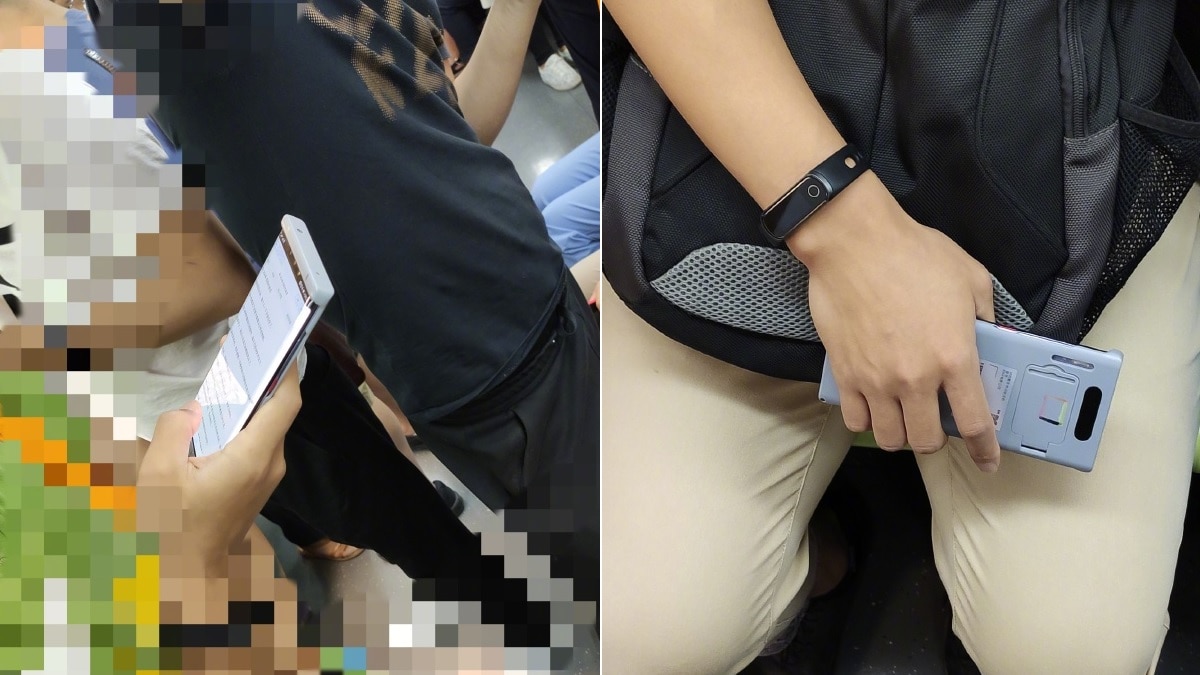 The Huawei Mate 30 Pro will reportedly to draw power from the Kirin 985 SoC.

Huawei Mate 30 Pro was sighted while testing last month, revealing a wide notch on the front and a dramatically curved display. The phone's leak streak continues, as it has again been spotted in live images, giving us a better look at its curved display and rear profile, which falls in line with what we have seen in case-based renders and concept images. The Huawei Mate 30 Pro was caught on camera covered in a thick protective case to conceal its identity, just like the one we saw in a previous leak. Moreover, a 30W wireless charger from Huawei has been spotted on the US FCC database.

The leaked live images of the Huawei Mate 30 Pro were shared by an account named Fengchao Technology on Weibo, and were accompanied by another image that appears to be a concept render of the phone. The latter shows the upcoming Huawei flagship in red colour, which looks similar to the ‘Sunrise' variant of the Huawei P30 Pro.

In the leaked images, the Huawei Mate 30 Pro's curved display with a high degree of curvature is clearly visible. The case also hides the camera module, which as per leaks, will be circular in shape and might house a total of four sensors in addition to the LED flash. The speaker grill and the laser autofocus sensor are also clearly evident from the cutouts on the protective case shown in the leaked images.

The overall design of the Mate 30 Pro is reminiscent of what a previous case leak had shown. Moreover, the curved display in the leaked hands-on images also falls in line with reports of a dramatically curved display that we recently saw in alleged images of the phone's front panel.

Additionally, a Huawei application filed before the US FCC suggests that the company might also launch a 30W wireless charging pad for the Huawei Mate 30 series phones. The FCC application, which was spotted by GSMArena, reveals that the 30W wireless charger has passed all of FCC's product norms except one, which means the charger is yet to receive complete approval from the regulatory authority.

As per a previous report though, the Huawei Mate 30 Pro will support 25W wireless charging, which is still quite impressive and faster than even wired charging standard supported by a majority of phones out there.