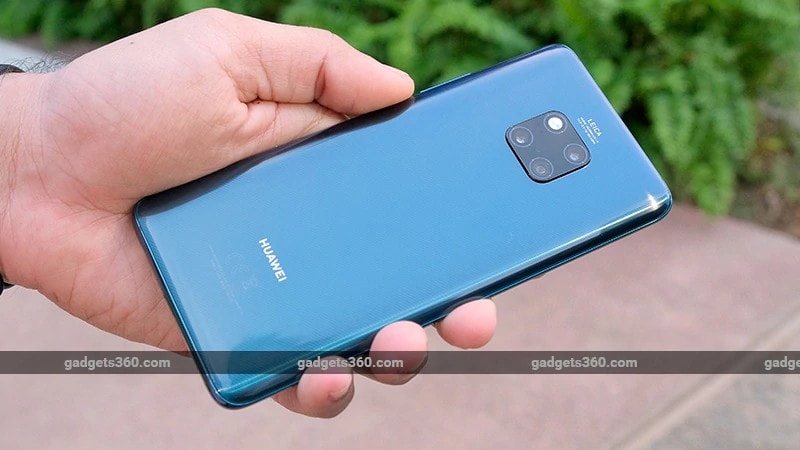 The Mate 20 Pro continues Huawei’s dominance at the top of DxOMark’s chart.

Huawei has scored yet another winner with the Mate 20 Pro when it comes to smartphone photography. The latest triple rear-camera toting flagship from Huawei has scored an impressive 109 points on DxOMark's smartphone photography and videography tests and now sits at the top of the chart with another Huawei smartphone - the P20 Pro. The feat is quite impressive, with the Mate 20 Pro beating the likes of the Google Pixel 3, the iPhone XS Max, and the Samsung Galaxy Note 9, all of which are known to deliver excellent camera performance.

Talking about the score breakdown, the total DxoMark tally for the Huawei Mate 20 Pro stood at 109 points, with the smartphone scoring 114 points when it comes to still photography and 97 points in videography. For comparison's sake, the Huawei P20 Pro's net score was the same as the Mate 20 Pro, but it scored a slightly higher 98 points in videography compared to the Mate 20 Pro's 97 points. Still photography performance of both the smartphones was rated same though.

As for the net performance, DxOMark notes that the Mate 20 Pro's triple rear camera setup (40-megapixel + 20-megapixel + 8-megapixel) delivers good details for medium and long range shots when zoomed in, and also renders some impressive bokeh effects with pleasant blur gradient, thanks to a good depth adjustment. Moreover, the smartphone's autofocus mechanism was praised for its fast pace and accuracy, as well as the wide dynamic range which becomes particularly noticeable while capturing photos in well-lit conditions.

In the videography department, the Huawei Mate 20 Pro wowed with its excellent optimisation to deliver blur-free videos, which was further supported by the fast and accurate autofocus mechanism. Similarly, the Mate 20 Pro also proved to be quite effective when it comes to noise reduction. As for the areas where the Mate 20 Pro lags behind, DxOMark pointed out that the Mate 20 Pro occasionally exhibits a slight orange or pink hue in photos clicked in well-lit outdoor and indoor conditions and also loses some points for inconsistent autofocus and white balance adjustment when zooming in.