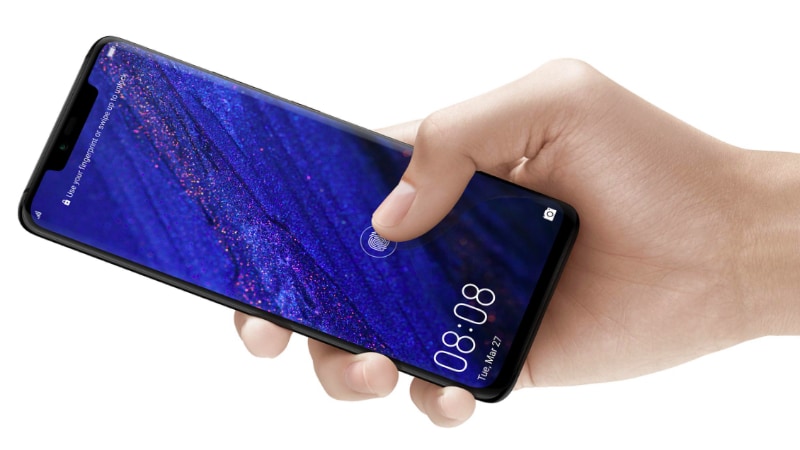 Confirming rumours from the past few weeks, Huawei has introduced the world’s first Nano memory card, which is claimed to be 45 percent smaller than the microSD card. Both the Huawei Mate 20 and Mate 20 Pro come with a Hybrid SIM slot with the ability to fit in two Nano SIM cards or one Nano SIM card and one Nano memory card.

Huawei Mate 20 X is priced at EUR 899 (about Rs. 76,300) and will be available in only one variant with 6GB RAM and 128GB storage from October 26 in select European markets. The phone has been launched in Midnight Blue and Phantom Silver colour options.

The Huawei Mate 20 Pro also runs EMUI 9.0 on top of Android 9.0 Pie, and sports a 6.39-inch QHD+ (1440x3120 pixels) curved OLED display with a 19.5:9 aspect ratio, DCI-P3 HDR, 86.9 percent screen-to-body ratio, and high colour saturation. It is powered by the same flagship Kirin 980 SoC, The smartphone is the only model in the Huawei Mate 20 series to sport an in-display fingerprint sensor. It comes with IP68 water and dust resistance rating.

The Leica rear camera setup on the Mate 20 Pro is similar to the Huawei P20 Pro. It gets a primary 40-megapixel primary wide angle lens with f/1.8 aperture, a 20-megapixel ultra wide angle sensor with f/2.2 aperture, and a third 8-megapixel 3X telephoto lens with f/2.4 aperture. These sensors are coupled with LED flash and Super HDR. There is a 24-megapixel RGB selfie camera at the front, with support for 3D facial unlocking. It also comes with 3D Live Emoji, with support for GIF and MP4 files.

The Huawei Mate 20 Pro has a 4,200mAh battery under the hood, with support for the same 40W charging. Mate 20 Pro also exclusively gets 15W fast wireless charging support. It comes with support for the “world’s first wireless reverse charging” technology on a smartphone, which means it can wirelessly charge . In terms of connectivity, the handset offers 4G LTE, Wi-Fi 802.11ac, Bluetooth v5.0, GPS/ A-GPS, and a USB Type-C port.

At the event in London, Huawei also unveiled the Huawei Mate 20 X phablet with a 7.2-inch OLED display, a large 5,000mAh battery, and a Leica triple rear camera setup consisting a 40-megapixel ultra-wide-angle primary sensor. The Mate 20 X comes with IP53 water and dust resistance rating, a graphene film and vapour chamber cooling system, and support for the Huawei M-Pen.