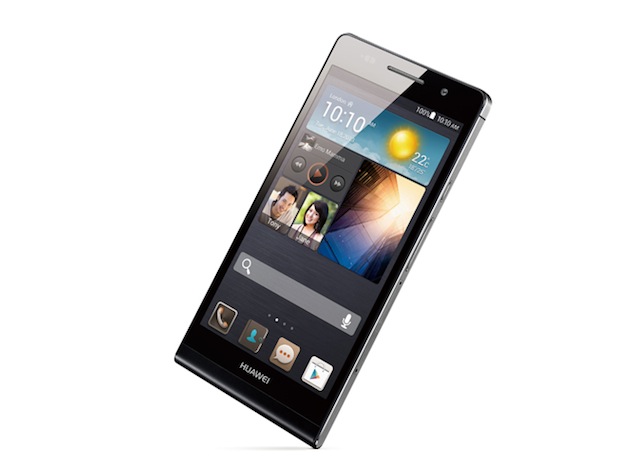 China's Huawei unveiled its flagship smartphone, the Ascend P6, at its first standalone launch event on Tuesday, underlining its ambitions to compete with Apple and Samsung in the top tier of mobile technology.

The company says the device, at 6.18 mm thick, is the world's slimmest. It has a 5 megapixel front-facing camera, designed for taking "selfies", or pictures of the owner to be shared on social media networks.

The company picked the launch date - 6/18 (June 18) - to tie in with the smartphone's dimensions.

The launch, at an arts venue in North London, takes a cue from Apple and Samsung, both of which have made new product announcements at high profile events for a number of years.

Huawei, which also makes telecom networking gear, is looking to drive sales of its consumer devices, a sector in which it has only had its own brand for about three years.

The company was the fourth-largest maker of smartphones in the first quarter of 2013, trailing LG Electronics and the two dominant brands Apple and Samsung, according to analyst firm Gartner. The top two sold more than 100 million units between them, while LG sold 10 million and Huawei 9 million, most of which were in its native China.

Industry analyst Ben Wood at CCS Insight said that at the right price the Ascend P6 would attract buyers who had not considered Huawei before.

"Huawei P6 is darn thin," he tweeted. But he added that the device was not, at this stage, compatible with the high speed, next generation 4G networks, which are being rolled out across the world.

Carolina Milanesi at Gartner said she would have liked to see a more original design instead of something that tries to position the brand as an alternative to Apple by going with a similar rounded metal design.

Overall it shows that Huawei is working towards their goal of becoming a top brand by 2015, she said.