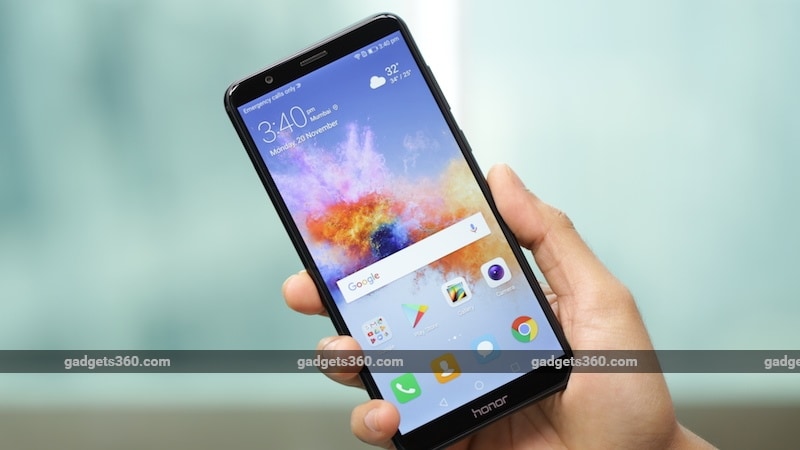 Celebrating its fourth anniversary, Huawei's Honor brand on Friday announced that the Honor X series has hit the worldwide sales milestone of 40 million units. The series includes smartphones such as Honor 4X, Honor 6X, and Honor 7X, among which the most recently launched Honor 7X is touted to have received "overwhelming response" from customers in India. The new model was launched earlier this month with a starting price tag of Rs. 12,999.

Honor claims that compared to Honor 6X, Honor 7X sales doubled in the very first two weeks of its global launch in London on December 5. The smartphone is also acclaimed have received positive user feedback and sales results around the globe. The Chinese brand launched the Honor 7X in its native country in October and during the first two hours of "Singles' Day" on November 11, it reached the sales record of over 300,000 units on Tmall.com. The Alibaba-operated online marketplace also made the handset the top of overall bestsellers in the price range of CNY 1,000 to CNY 1,999 (approximately between Rs. 9,740 and Rs. 19,500).

Similar is the success of Honor 7X across the global markets, Huawei claims. In Russia, the Honor 7X sales grew to three times that of the Honor 6X in the first two weeks of the global launch, whereas in the US, the handset achieved a 250 percent growth in prepaid orders between December 5 and December 14 over the sales of the Honor 6X during the first 10 days of its launch.

Interestingly, Honor hasn't revealed any figures from India but highlighted that the entire stock of the Honor 7X was sold out within few minutes of the first flash sale. The smartphone has so far been an Amazon-exclusive offering in the Indian market and is taking on models such as Lenovo K8 Note, Samsung Galaxy J7 Prime, and Xiaomi Mi A1. It comes in two storage variants - the 32GB storage variant is available with a price tag of Rs. 12,999, while its 64GB variant is priced at Rs. 15,999. Both are available for purchase through a flash sale model on Amazon.in.

On the hardware front, the dual-SIM (Nano) Honor 7X runs Android 7.0 Nougat-based EMUI 5.1 and features a 5.93-inch full-HD+ IPS display. It is powered by a HiSilicon Kirin 659 octa-core SoC with four Cortex-A53 cores clocked at 2.36GHz and 4 Cortex-A53 cores clocked at 1.7GHz, coupled with 4GB of RAM. The smartphone has a dual camera setup on the rear, comprising a 16-megapixel primary camera sensor and a 2-megapixel depth sensor with PDAF and an LED flash. An 8-megapixel camera sensor is available on the front. Further, there is microSD card support (up to 256GB) through a hybrid dual-SIM configuration.

The Honor 7X has 4G VoLTE, Wi-Fi 802.11 b/g/n, Bluetooth v4.1, GPS/ A-GPS, a 3.5mm headphone jack, and Micro-USB in terms of connectivity and packs a 3340mAh battery. Alongside major markets, it is available in regions such as Europe, Russia, Middle East, Malaysia.

Earlier this year, Huawei claimed that it overtook Apple in global sales volume share last year and became the second largest handset company globally. The company also took its Honor brand offline back in May to boost sales and made the Honor 8 Lite available through brick-and-mortar stores in India.