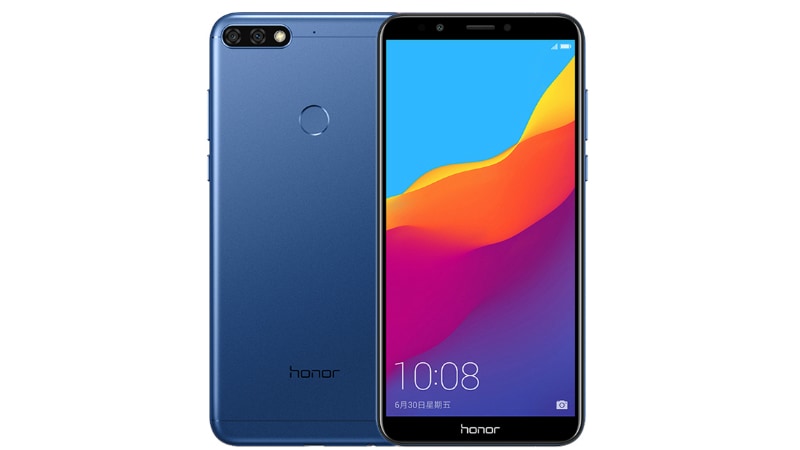 Huawei brand Honor on Monday announced the launch of its latest budget smartphone in China - the Honor 7C. The handset comes with an HD+ display that has an 18:9 aspect ratio. It also comes with Face Unlock capabilities and a rear-mounted fingerprint sensor. Additionally, the Honor 7C offers portrait mode on both the front as well as the rear camera. It will go on sale in the Chinese market starting Tuesday, March 13. There is currently no update on an India launch or, for that matter, launch in any other market.

In the camera department, Honor 7C bears a dual camera setup on the back with a 13-megapixel primary sensor and a 2-megapixel secondary sensor with autofocus and f/2.2 aperture. Additionally, the phone has an 8-megapixel front camera for selfies and video calling. The selfie camera has fixed focus and f/2.0 aperture. Honor 7C comes with 32GB/ 64GB of inbuilt storage expandable via microSD card. There is a 3000mAh battery under the hood.

Connectivity options on the phone include the likes of 4G LTE, 3G, a 3.5mm headphone jack, Bluetooth 4.2, Wi-Fi 802.11 b/g/n, Micro-USB, and FM radio. Sensors on board are fingerprint sensor, proximity sensor, light sensor, and ambient light sensor. Dimensions of the phone are 158.3x76.7x7.8mm and weight is 164 grams.