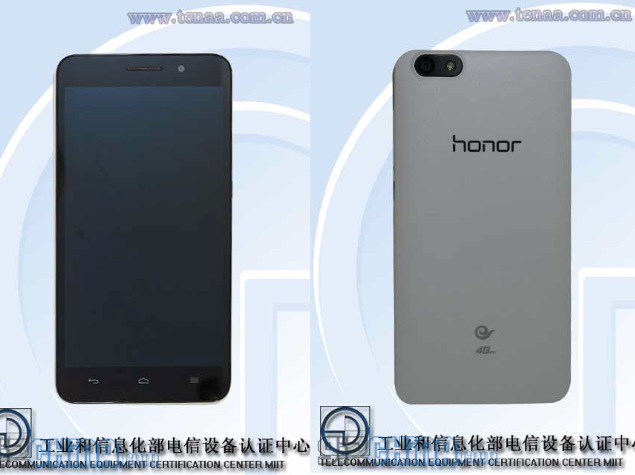 Huawei seems set to launch a 64-bit budget smartphone called the Honor 4X, if a report based on Tenaa (China's equivalent of the FCC) certification is to be believed. The report speculates that the smartphone will be priced around CNY 800, which translates to roughly Rs. 8,000.

The Tenaa certification listing is for a smartphone with model name Huawei Honor Che1-CL10, and this is claimed to be the Huawei Honor 4X by Gizchina, which first spotted the listing. No details about the availability of the anticipated Honor 4X smartphone have been revealed as yet.

As listed on Tenaa, the Honor Che1-CL10 (the rumoured Huawei Honor 4X) is seen to include a 5.5-inch HD (720x1280 pixels) display; a 1.2GHz 64-bit Snapdragon processor (number of cores unspecified); 2GB of RAM; a 13-megapixel rear camera; a 5-megapixel front camera; 8GB of inbuilt storage with expandability via microSD card (up to 32GB); LTE connectivity, and Android 4.4.3 KitKat.

Pre-orders for the Honor 6 Extreme Edition will start from Tuesday, October 21, and the smartphone is priced at CNY 2,999 (approximately Rs. 29,900). There is no information about global availability of the smartphone.