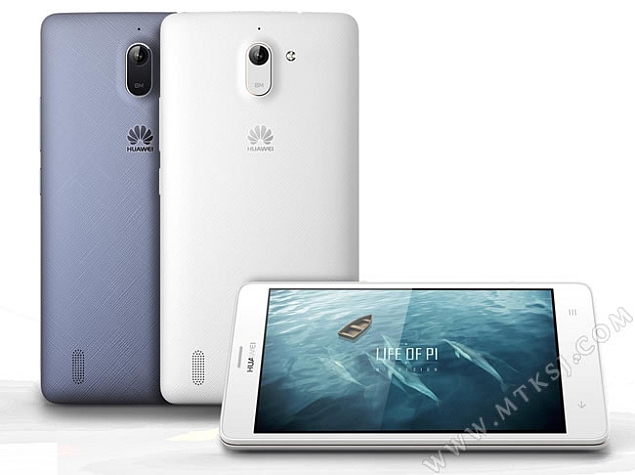 Huawei is reportedly working on a new mid-range smartphone that will feature a 64-bit MediaTek processor. Codenamed G628, the handset is tipped to launch in China soon and might make it to other markets as well. The rumoured price of the device is said to be CNY 1,000 (roughly Rs. 10,000).

If the reports are any indication, the device will be the first to feature a 64-bit SoC from MediaTek. The processor named MT6752 featuring eight 1.5GHz Cortex A53 cores will power the Huawei G628, which however is said to run Android 4.4 KitKat OS version with Emotion UI 2.3. Of course at this point, there is no confirmation of the handset's eventual upgrade to Android 5.0 Lollipop - the only version of Android that yet takes proper advantage of a 64-bit SoC.

The report from MTKSJ adds the dual-SIM supporting Huawei G628 will feature a 5-inch HD (720x1280 pixels) resolution display. Besides an 8-megapixel rear camera, the smartphone will also feature a 2-megapixel front-facing camera.

Also, the Huawei G628 might arrive with China Mobile connectivity first as the smartphone reportedly supports TD-LTE and TD-SCDMA networks. China Mobile operates these networks for now. The Emotion UI 2.3, which has been mentioned above, will be including new features like 'Child Mode' and an ultra-power saving mode.

Huawei has previously launched 64-bit processor smartphones, the most recent being the Ascend GX1. The handset, which was launched last month, is powered by a 64-bit Snapdragon 410 (MSM8916) processor clocked at 1.2GHz. Other features include a 6-inch HD (720x1280 pixels) IPS display; a 1GB of RAM; an 8-megapixel rear camera; a 2-megapixel front-facing camera; 8GB internal storage which is expandable via a microSD card (up to 32GB), and a 3500mAh battery.