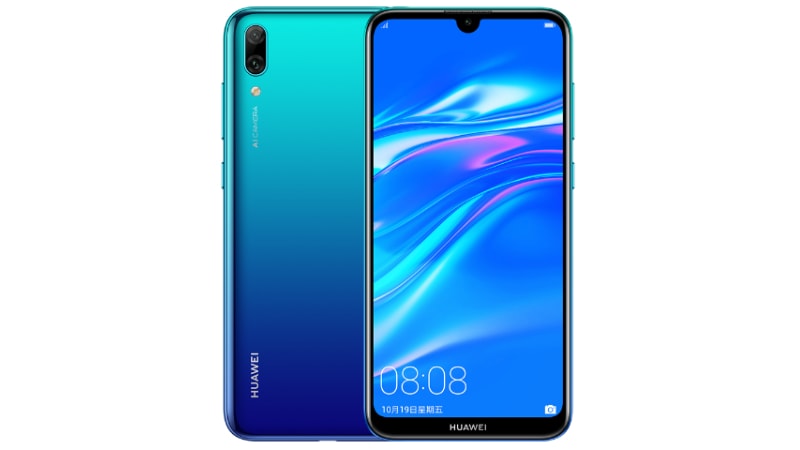 Huawei's upcoming smartphone Enjoy 9s has popped up online with a waterdrop-style display notch and an artificial intelligence (AI) powered triple rear camera setup. An image, which is apparently showing a promotional banner, has revealed the key specifications of the next Huawei Enjoy-series model. It also highlights one of the storage options of the Enjoy 9s as well as details about its screen size and software version. To recall, Huawei had launched the Enjoy 9 as a budget smartphone in China back in December last year.

The image detailing the specifications of the Huawei Enjoy 9s has been posted on Weibo. It shows the upper part of a phone (upside down), alongside the Enjoy 9s branding. This confirms the presence of the waterdrop-style display notch on the phone, similar to the Enjoy 9 that was launched last year.

Apart from revealing the display notch design, the leaked image also shows the key specifications of the Enjoy 9s. It reveals that the phone will come with an AI-powered triple rear camera setup. The triple camera setup will have a 24-megapixel sensor along with an ultra-wide angle lens.

Additionally, the image indicates that the Enjoy 9s will come with 128GB of onboard storage and sport a 6.21-inch display. The phone also appears to run on Android Pie with EMUI 9.0.

Huawei has so far launched its Enjoy-series phones in China that it rebrands as Y-series models for the international markets. It is, therefore, safe to expect that the leaked Enjoy 9s will only release in China and the other countries will get a Y-series equivalent of the phone. The phone is likely to sit in the budget segment with hardware similar to the Enjoy 9 and Enjoy 9 Plus.