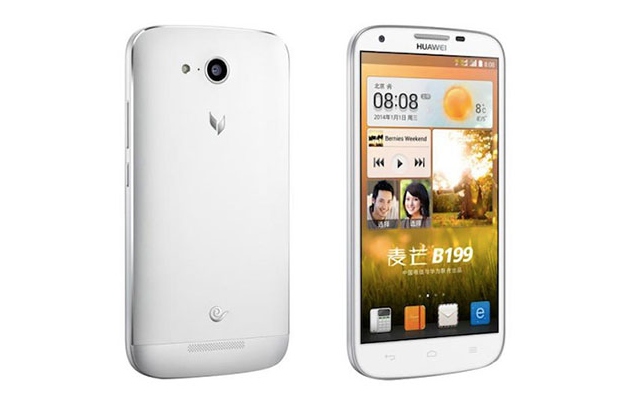 Huawei, the Chinese mobiles and telecommunications giant, has announced a new 5.5-inch Android smartphone, dubbed B199. The device is a follow up to its A199 smartphone, which debuted in April 2013.

Huawei B199 smartphone comes with a price tag of 1,999 Chinese yuan, (roughly Rs. 20,000) and seems for now to be a China-specific device, much like its predecessor A199, though global availability at a later date still can't be ruled out. The Huawei smartphone is said to start selling from January 20 onwards.

The smartphone runs on Android 4.3 Jelly Bean OS, paired with the company's Emotion UI 2.0. The Huawei B199 shares the dual-SIM feature from A199 with GSM+CDMA support.

As the name suggests, the Huawei B199 features a 5.5-inch IPS LCD display with 720p resolution. The device is powered by a quad-core Snapdragon processor clocked at 1.6GHz, along with an Adreno 305 for graphics and 2GB RAM for better multitasking.

The optics front of Huawei B199 includes a 13-megapixel rear camera with flash, and a 5-megapixel front-facing camera for video calling. The smartphone comes with a 16GB of in-built storage, and can be expanded. However, the storage expansion limit is not mentioned by the firm.

The connectivity options for the smartphone are not yet known; however, the smartphone is expected to include the standard 3G, Wi-Fi and Bluetooth options at the least. The smartphone additionally has a battery capacity of 3,000mAh.

Huawei B199's back panel is said to be covered with a metal coating. The dimensions and weight of the device are also not disclosed as of yet.