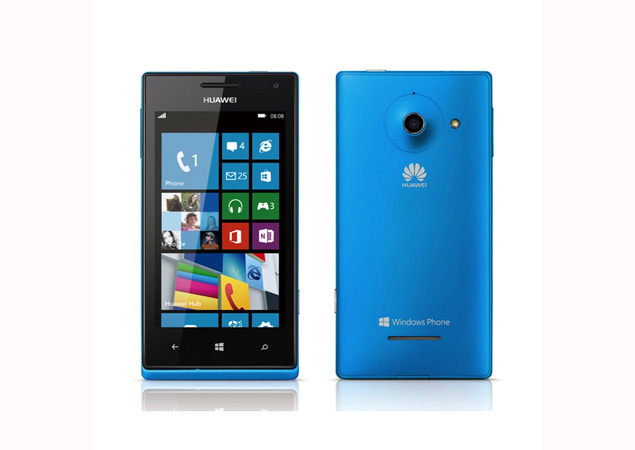 The Huawei Ascend W1 smartphone was launched earlier last month at the Consumer Electronics Show. It's the first Windows Phone 8 device from the Chinese smartphone maker and as expected earlier, will now be available with British Telecom operator O2 from next month, reports The Inquirer.

Currently listed as "Coming Soon: March", the Ascend W1 will first be made available in Electric Blue and then later also be listed in an Electric Pink version later that month. Current Windows Phone 8 offerings listed with O2 include the HTC 8X and HTC 8S, with the Lumia 620 to soon follow suit.

During the smartphone's launch at CES 2013, Huawei Device UK and Ireland Executive Vice President Mark Mitchinson said, "Windows Phone 8 is tremendously exciting in terms of both its functionality and the practical benefits it delivers. With the Ascend W1, Huawei has created a product to put this fresh smartphone experience within reach of a much wider audience. O2's record of championing innovative brands and technologies is remarkable, and we are delighted to partner with it for launch of the Ascend W1 in the UK."

The Huawei Ascend W1 is considered as the cheapest Windows Phone 8 in the market currently. It comes with a 4-inch IPS LCD screen and a resolution of 480x800. It is powered by Qualcomm Snapdragon S4 MSM8230 dual-core 1.2GHz processor with 512 MB RAM. There is 4GB internal storage, which can be expanded to up to 32GB with a microSD card.

Huawei Ascend W1 comes with a 1,950mAh battery that claims to give 470 hours of standby time. There is 5-megapixel autofocus camera with LED flash and a VGA front-facing camera on-board.

The company is also expected to announce a successor to the Ascend W1, its second Windows Phone 8 offering at the Mobile World Congress later this month alongside Ascend P2 a sequel to the Ascend P1. Both devices are reportedly being touted as the "thinnest smartphones in the world".

The Ascend W2, which will be a high-end smartphone, will apparently be just 7.7 mm thin. It will come with a 4.5-inch 720p HD ultra-sensitive touchscreen that can be operated with gloves, an 8-megapixel rear camera, a Qualcomm dual-core processor with unspecified clock frequency, 1GB RAM, 16 GB of internal storage and a 2,800 mAh battery. Likely to be Huawei's flagship Windows Phone for this year, the Huawei Ascend W2 is expected to be priced at 3,200 yuan or approximately $515 or €386.

Coming to the Ascend P2, the device will be a mid range offering and is expected to be less than 6.45mm thin. The device was spotted in a press render late last month courtesy @evleaks. The specs include a 5-inch 720p display, a 1.8GHz quad-core HiSillicon K3V2 processor with 2GB RAM, 8GB internal storage (non-expandable), 13-megapixel rear and 1.3-megapixel front cameras, Android 4.1 Jelly Bean and 3,000mAh battery.

Pricing details for the smartphone currently remain unknown. The HiSilicon processor is a Cortex A9 design and according to the site, the company plans to use the Cortex-A15 architecture later this year.

Further more the Huawei is also rumoured to launch the Ascend P2 mini at MWC that will sport a 4.0-inch display with a 720p resolution, run on Android 4.1, feature 1GB RAM and an 8-megapixel rear-facing camera. Rumours also indicate that that Ascend P2 will be cheaper the recently launched Ascend D2 smartphones.
Comments