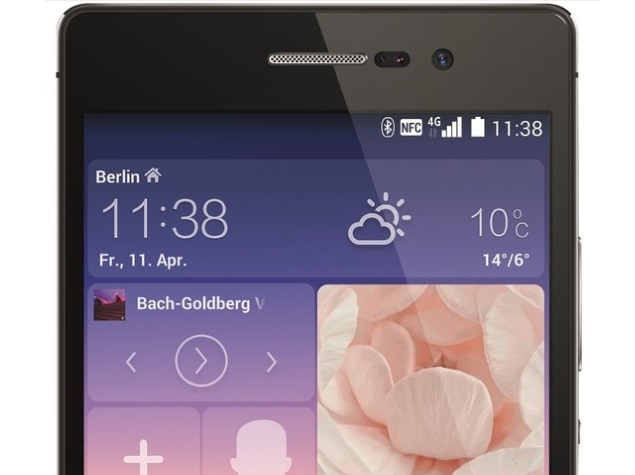 Huawei's Ascend P7 has arrived to Indian shores and is now available online via an e-commerce website, priced at Rs. 27,999.

The Chinese handset company however has not made any announcement regarding the launch of the Huawei Ascend P7 in India. Interestingly, the smartphone is currently available via Flipkart, which is also Huawei's online retail partner for Honor Holly and Honor 6 smartphones, as well as Honor X1 tablet.

Announced in May, the Ascend P7 is successor to the Huawei Ascend P6 and is 6.5 mm thick. It's a single SIM phone that runs Android 4.4.2 KitKat with company's Emotion UI 2.3 skin on top. 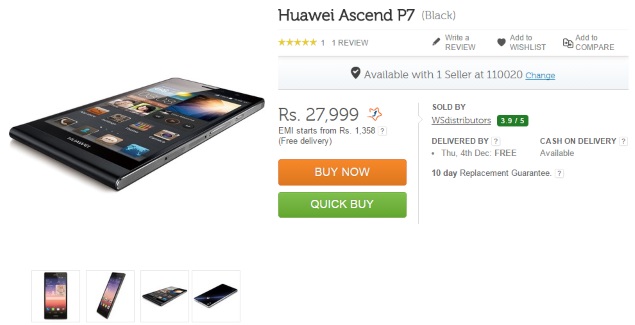 The Huawei Ascend P7 is powered by 1.8GHz quad-core Hisilicon Kirin 910T processor coupled with 2GB of RAM. It features a 5-inch full-HD (1080x1920 pixels) INCELL display. The smartphone includes 16GB of inbuilt storage with no word on expandable storage.

Last month, the company launched the Huawei Honor Hollysmartphone and Huawei Honor X1 tablet, priced at Rs. 6,999 and Rs. 19,999 respectively. Both the devices were exclusively launched on Flipkart. Prior to this, Huawei Honor 6 was unveiled in September at Rs. 19,999.