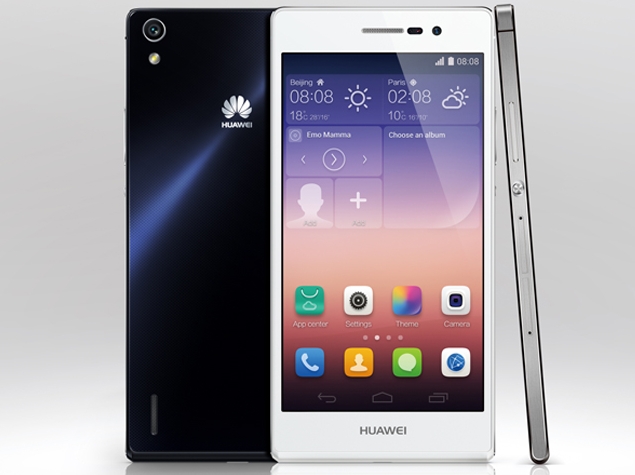 After confirmation from Yu Chengdong, Device Chairman of Huawei, the company on Thursday reportedly reconfirmed the upcoming launch of the Ascend P7 variant with a sapphire display, and the launch country.

According to GSMArena, besides the name Huawei Ascend P7 Sapphire Edition, the firm also confirmed that the smartphone will be available to buy in China soon, indicating an exclusive release in the country.

Huawei also mentioned that the Ascend P7 Sapphire Edition would also come with 4G LTE connectivity like the original Ascend P7. The specifications of the new variant have not yet been confirmed by the company, however, it is being speculated to sport the same specifications as the original - except with a sapphire display.

On Tuesday, Yu Chengdong, Device Chairman of Huawei teased an image of the Ascend P7 with sapphire screen on his Weibo account tipping that the handset might be revealed at this year's IFA event in early September along with the rumoured Ascend Mate 3 phablet. The company has already sent invites for a September 4 event.

Along with the image of the smartphone, Chengdong posted "The company will release the Huawei Ascend P7 in a more exclusive flavour boasting sapphire display."

Huawei's head of consumer business group, Richard Yu, also revealed that the company is currently planning no handset devices with either Windows Phone OS or the Samsung's Tizen OS.

How Little Changes Can Have Big Impacts on Apps and Services
Microsoft Removes Over 1,500 'Misleading' Apps From Windows Store