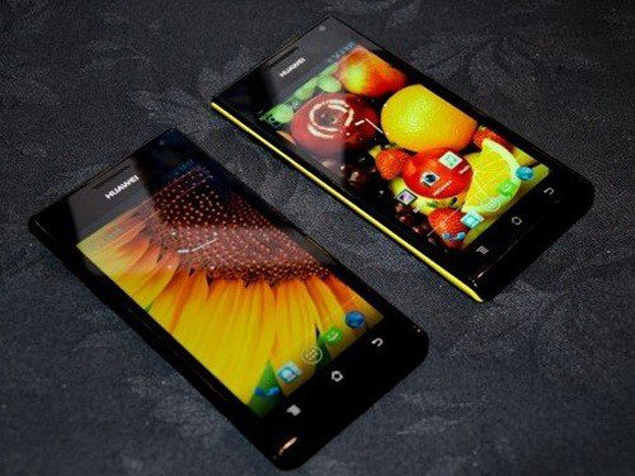 Huawei is likely to have its hands full this year with the already announced Ascend D2 and 6.1-inch Ascend Mate at CES. With the Mobile World Congress scheduled for next month in Barcelona, the company plans to introduce two new smartphones namely the Ascend W2 and Ascend P2 at the event as told by Richard Yu (Huawei Chairman for devices) to the Chinese social networking site Sina Weibo.

New images of both the Ascend W2 and Ascend P2 have surfaced on Chinese forum cnBeta. While the Ascend W2 is the successor of the low-end Windows Phone 8 running Ascend W1 recently launched at CES, the Ascend P2 is a sequel to Huawei's mid-range phone, the Ascend P1. Both phones are being touted as the "thinnest smartphones in the world".

The site has offered details regarding the specs of both these smartphones. The Ascend W2 will apparently be just 7.7 mm thin. It will come with a 4.5-inch 720p HD ultra-sensitive touchscreen that can be operated with gloves, an 8-megapixel rear camera, a Qualcomm dual-core processor with unspecified clock frequency, 1GB RAM, 16 GB of internal storage and a 2,800 mAh battery.

Likely to be Huawei's flagship Windows Phone for this year, the Huawei Ascend W2 is expected to be priced at 3,200 yuan or approximately $515 or €386.

The HiSilicon processor is a Cortex A9 design and according to the site, the company plans to use the Cortex-A15 architecture later this year.