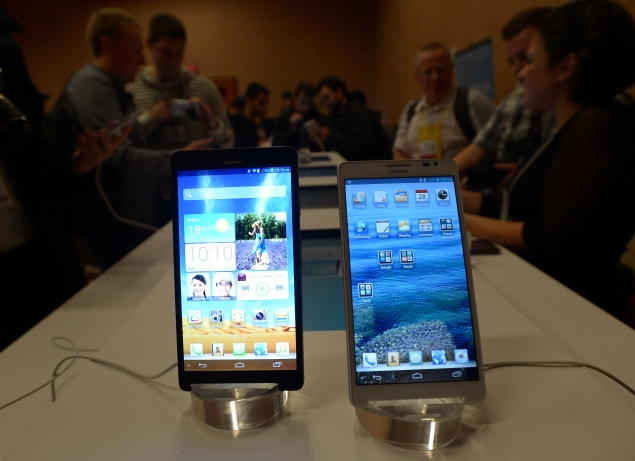 The Chines telecom giant Huawei is all set to launch its large screen phablet in the Indian market. Dubbed as Huawei Ascend Mate, this phablet boasts of a 6.1-inch IPS LCD display with a resolution of 720x1280 pixels.

Huawei Ascend Mate is already listed on Flipkart.com, which is quoting Rs. 28,990 as the price for this device. Flipkart.com is currently running an offer and hence interested users buying this phablet from the site will get a five percent discount. Currently Huawei Ascend Mate is listed as "Out of stock". However, given the phablet has just been listed with the retailer, an official launch may not be far off.

Huawei had first showcased its Ascend Mate at the Consumer Electronic Show (CES) 2013. The Ascend Mate packs in quad-core 1.5GHz processor with 2GB of RAM. It is powered by a 4,050 mAh battery. The smartphone runs on Android 4.1 (Jelly Bean). It has 8-megapixel autofocus shooter at the rear and a 1-megapixel front camera for capturing self-images and video chat.

This phablet is likely to compete head on with recently launched Samsung Mega 5.8 and Mega 6.3. Samsung Galaxy Mega 5.8 is a dual-SIM device that has a 5.8-inch screen with qHD(540x960 pixels) resolution. It is powered by a 1.4GHz dual-core processor along with 1.5GB of RAM and features an 8-megapixel rear camera, as well as a 2-megapixel front facing camera. The phone comes with 8GB expandable storage and has a 2,600mAh battery. It runs on Android 4.2 Jelly Bean out of the box.

A sneak peek into the $66 billion video-games industry
iOS 7: Will your iPhone, iPad or iPod touch get the new features?